It has been four months since the last photographic assignment, and the last album. We’re into a new year. Not that work didn’t take place! The Angels Flight office was as busy as ever, but not with the kind of thing that would benefit from being photographed. Much paperwork, many phone calls, meetings, decisions, etc. Plans for the Electric Control Package were just one of the things being discussed, and there will be a picture showing the places where blue tape on the east wall of the Machine Room indicates where some of the electrical cabinets and conduits would tentatively be placed.

Then one day track crews showed up to begin getting the trackway ready: checking bolts and concrete; installing positive train control sensors; and conducting general inspections. At some point down the line, the trackway also will have to pass the CPUC’s inspection.

In addition, new gates were installed at the Station House. 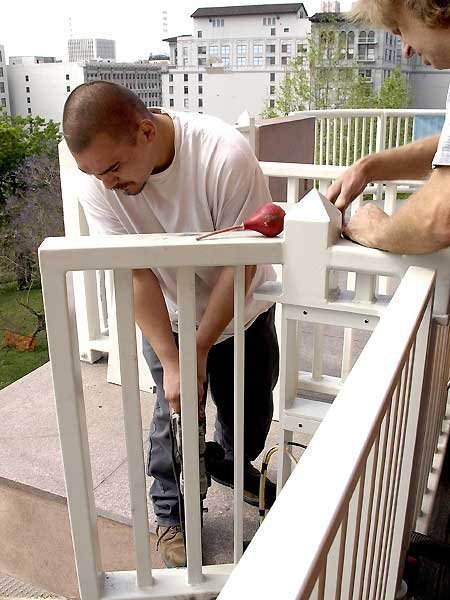 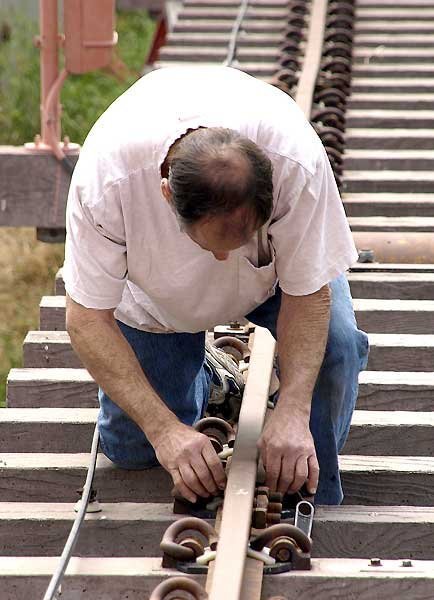 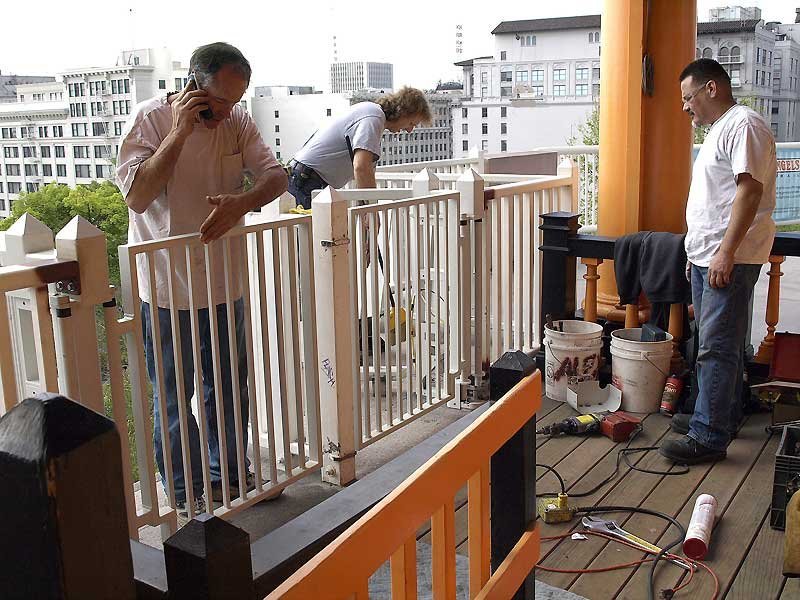 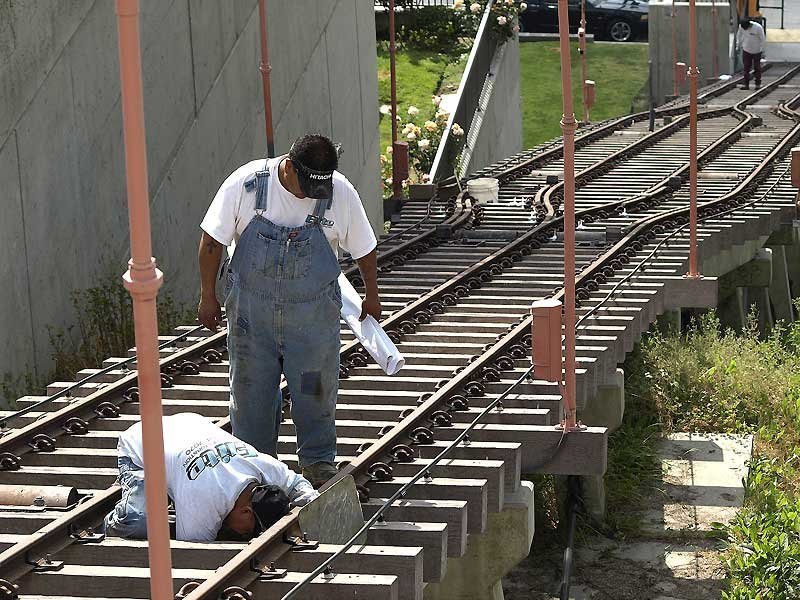 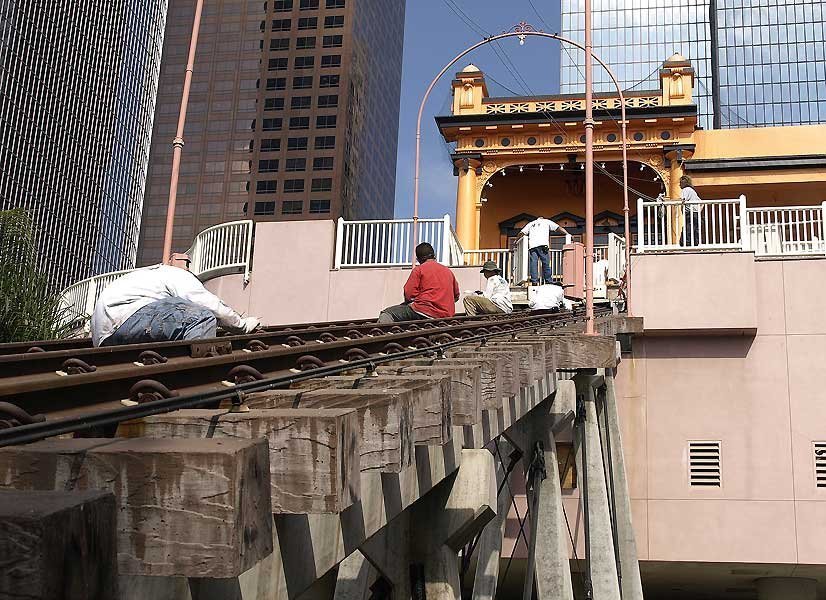 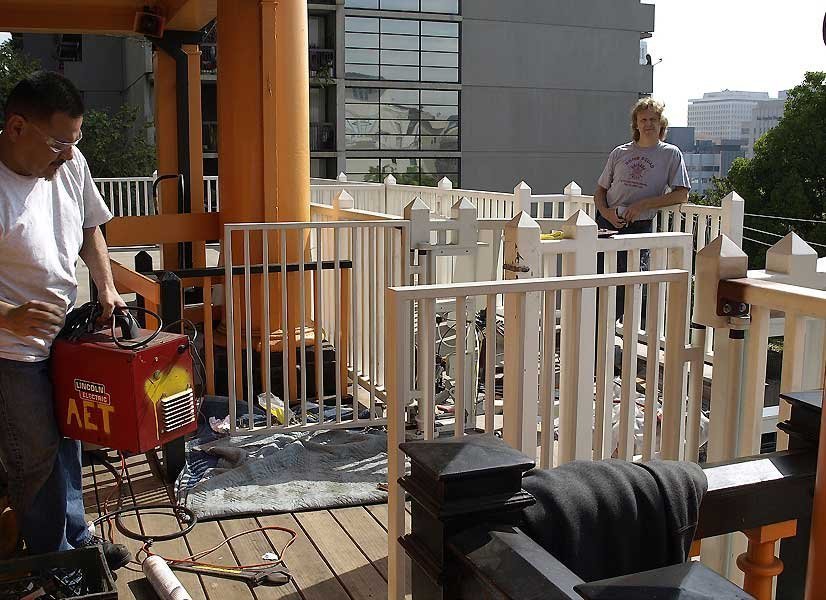 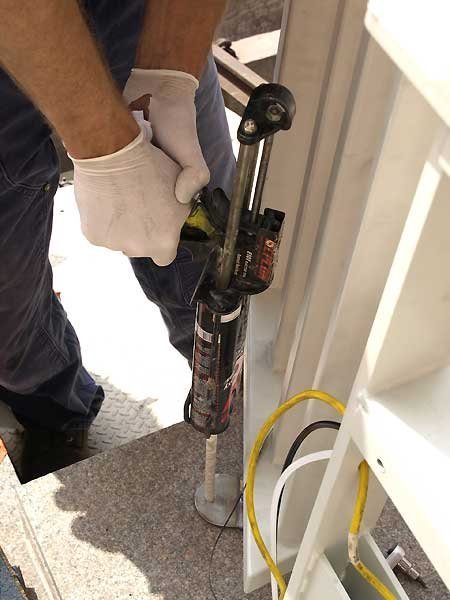 Positive Train Control
When Angels Flight becomes operational, the cars will be totally automated. All the on-duty Operator will need to do is press a button. When the cars come to the end of the line, they are automatically slowed down and stopped at exactly the correct locations, right to the inch. These functions are controlled electronically by the programmable logic controllers (PLCs) that run the cars. In addition, Angels Flight since 1995 has had sensors at the upper ends of the tracks to confirm that the cars are in the correct places and are traveling at the correct speed. Such “positive train control” devices are now making their way onto the tracks of commuter and other rail lines across the country. 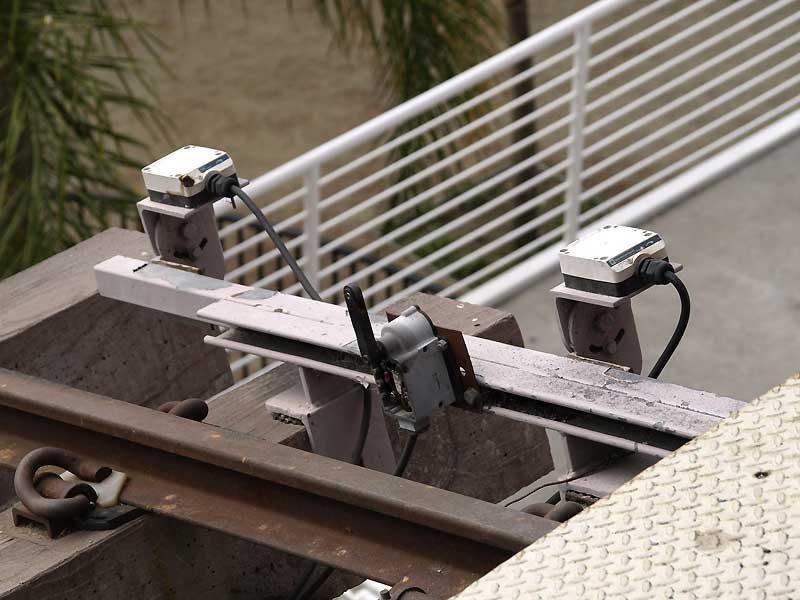 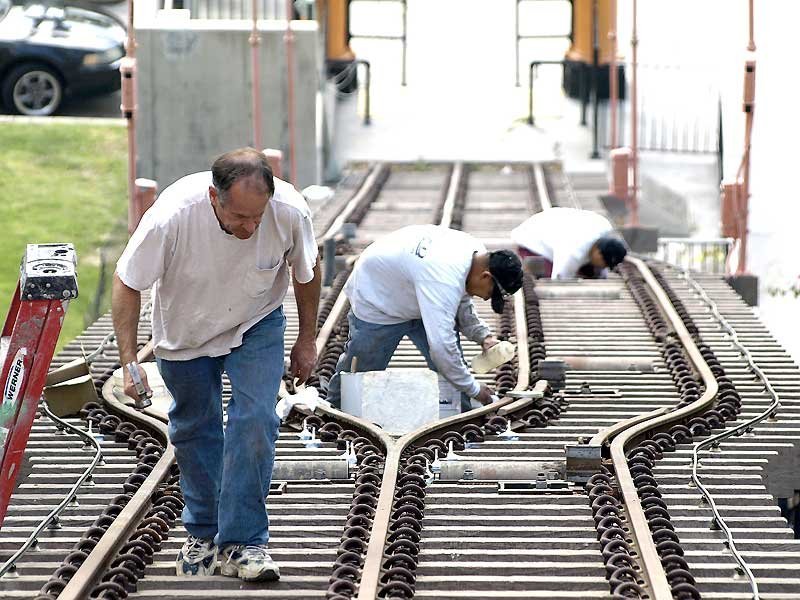 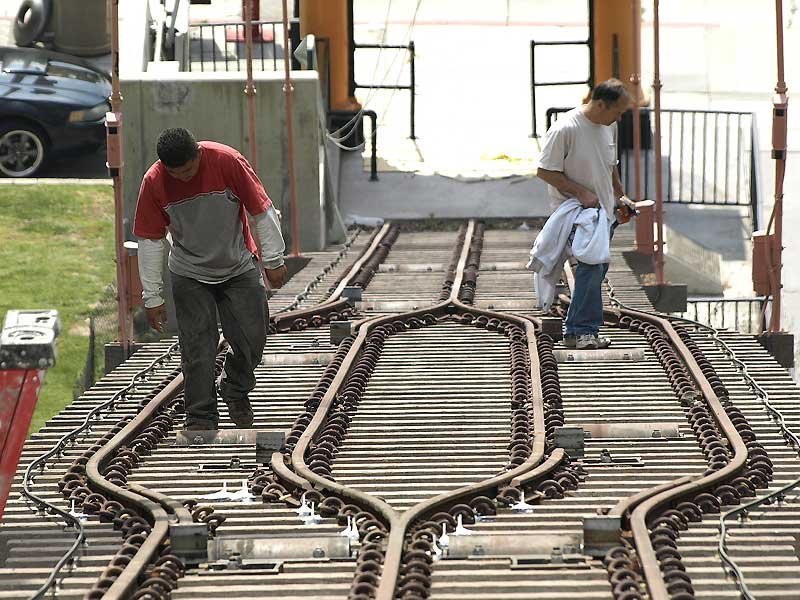 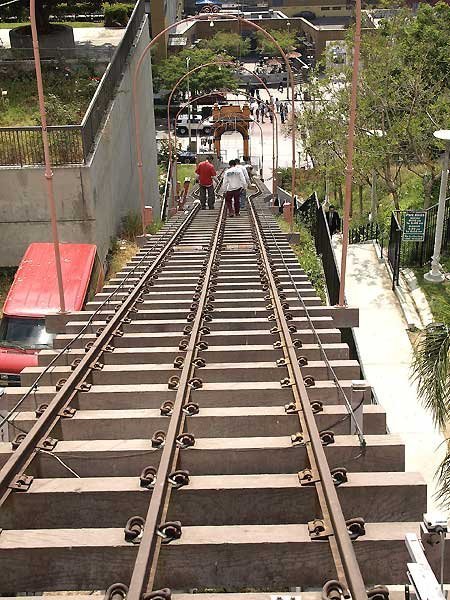 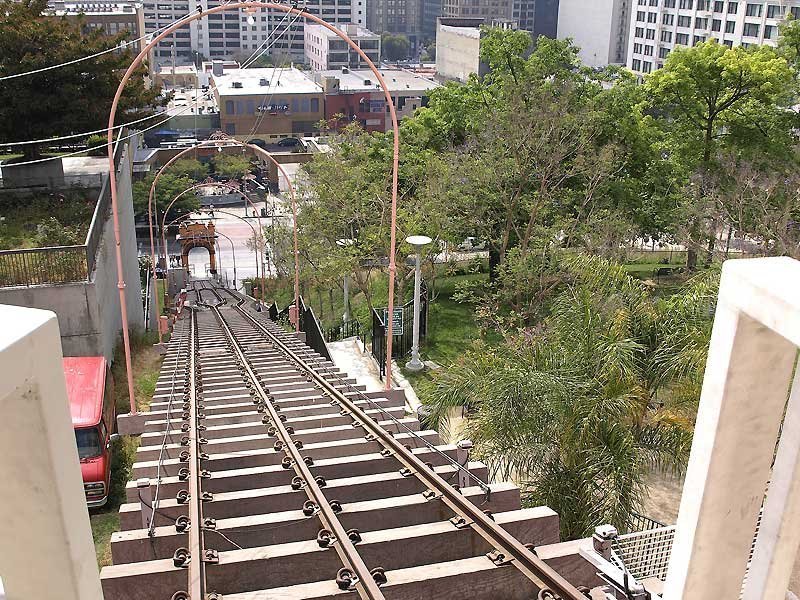 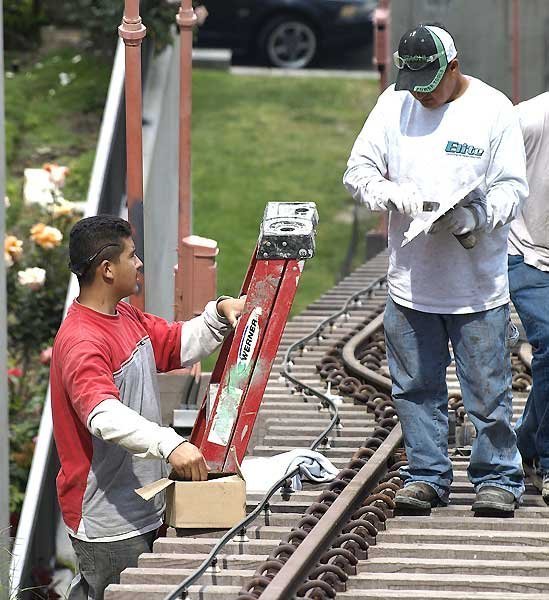 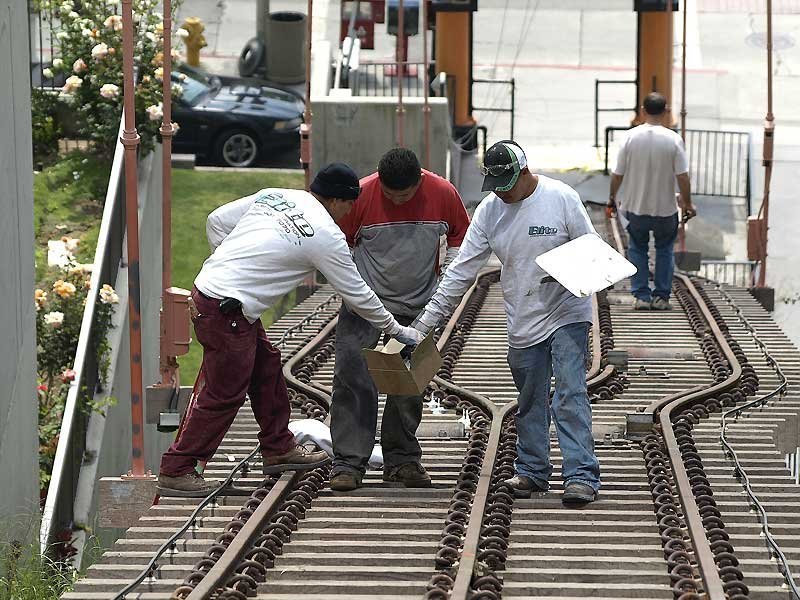 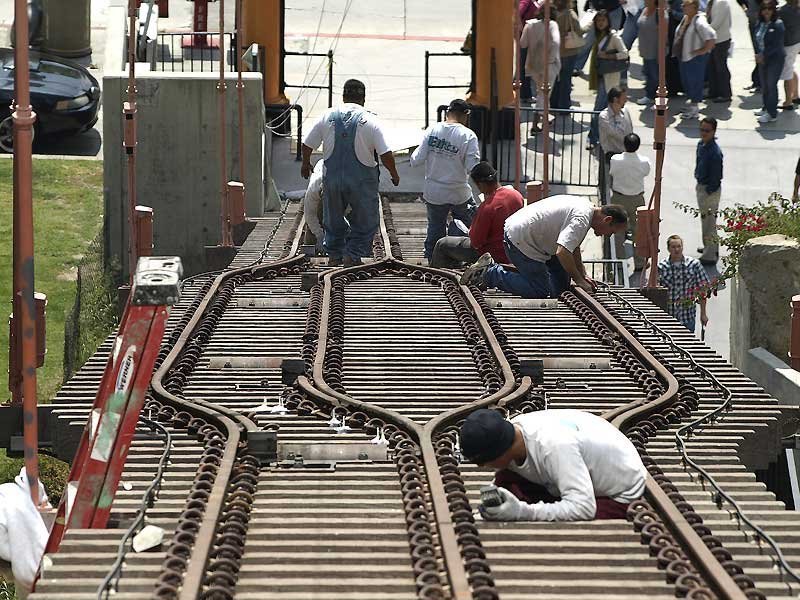 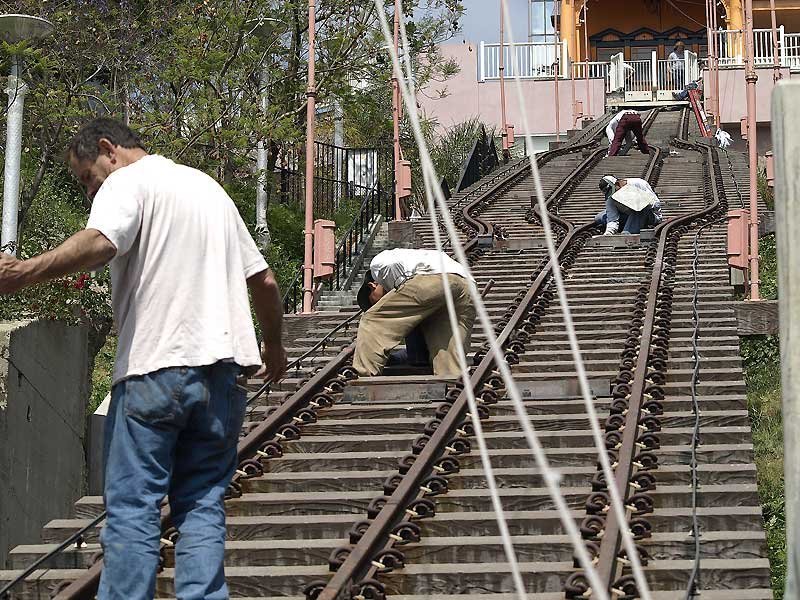 Communications
Cell phones were in constant use communicating between various points. Here, it was between the trackway and, probably, the office. Machine Room Electrical
Here you see the outlines of electrical conduit paths, showing, tentatively, where some of the cabinets and connecting wiring for the Electric Control Package (the heart of the system) will be placed.