Skip to content
The Mayor Comes to Angels Flight

The Mayor Comes to Angels Flight It was the Holiday Season, and a cold and rainy day. Nevertheless, Mayor Antonio Villaraigosa and Jerry West visited the Angels Flight Railway and boarded Sinai while discussing the business and charity benefits of the then-upcoming Northern Trust Open, February 14 to 20, 2011, at the Riviera Country Club in Pacific Palisades. Angels Flight was one of about a dozen city landmarks featured in the program. 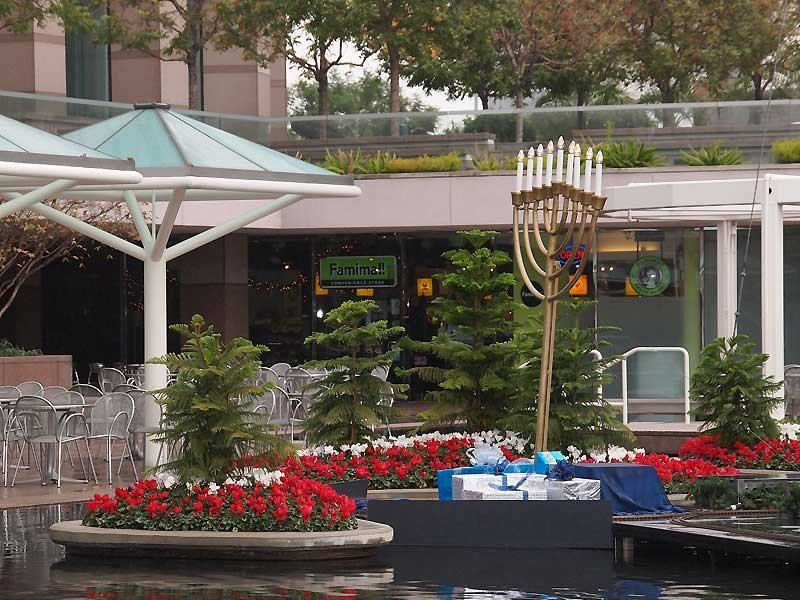 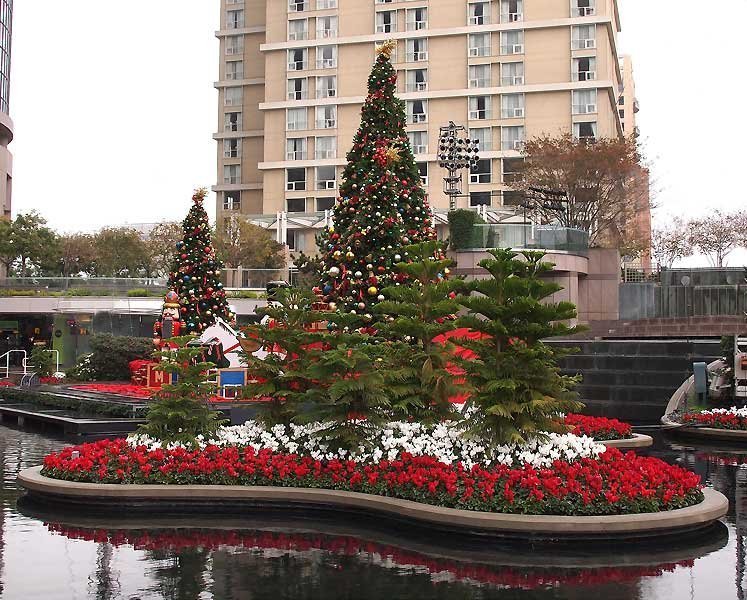 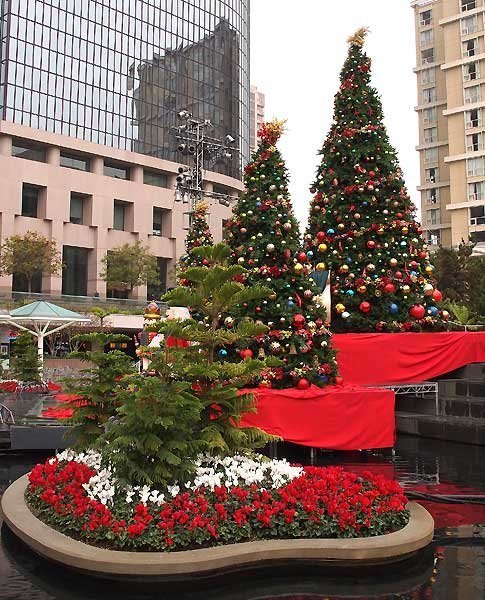 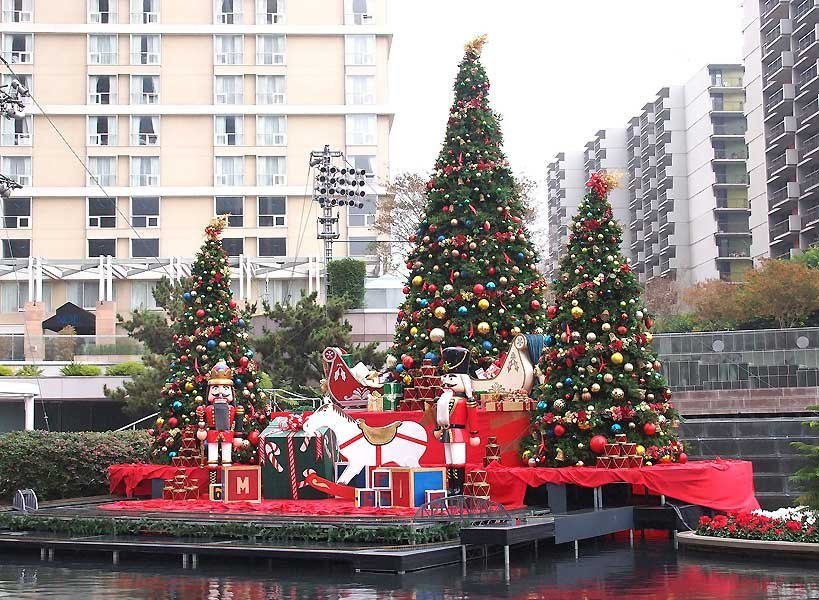 Getting Ready for the Mayor!
Even Angels Flight President John Welborne joins in getting the place ready for the festivities. Now you know how those light bulbs are changed! The TV Crew Sets Up
Way ahead of the Mayor’s arrival, the television crew sets up both around the Arch and on the Station House porch. 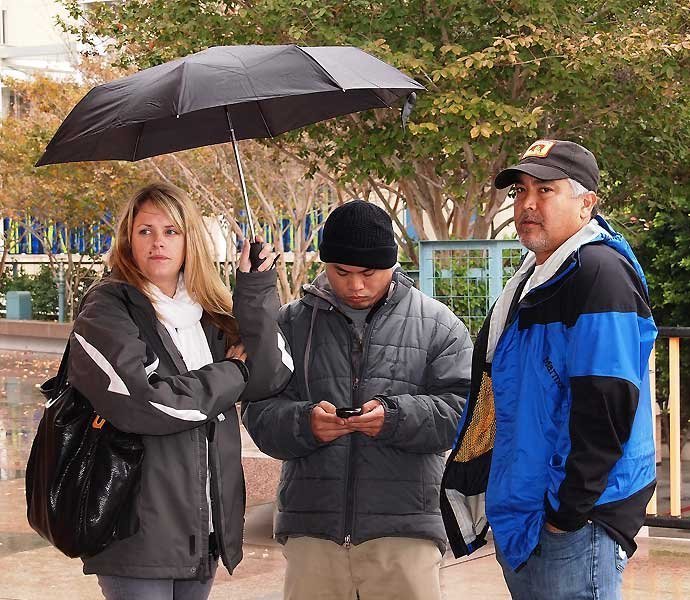 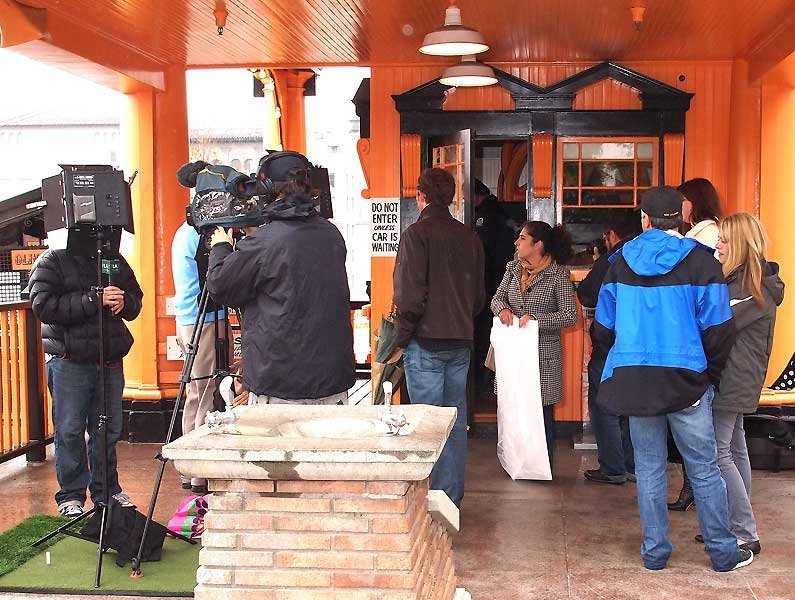 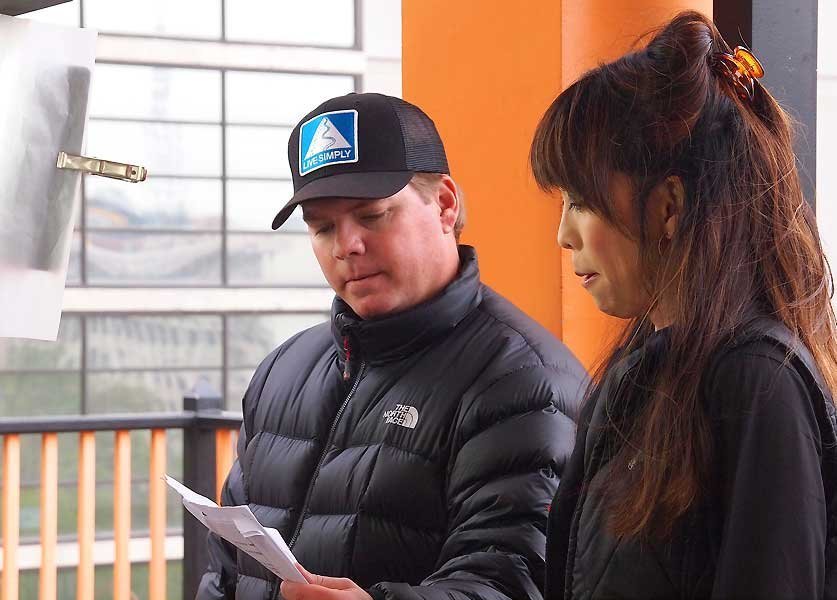 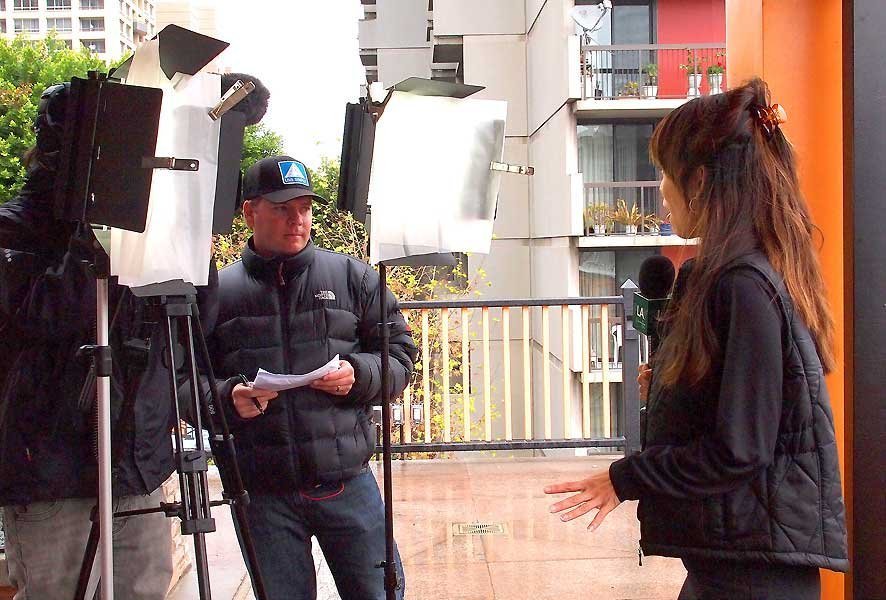 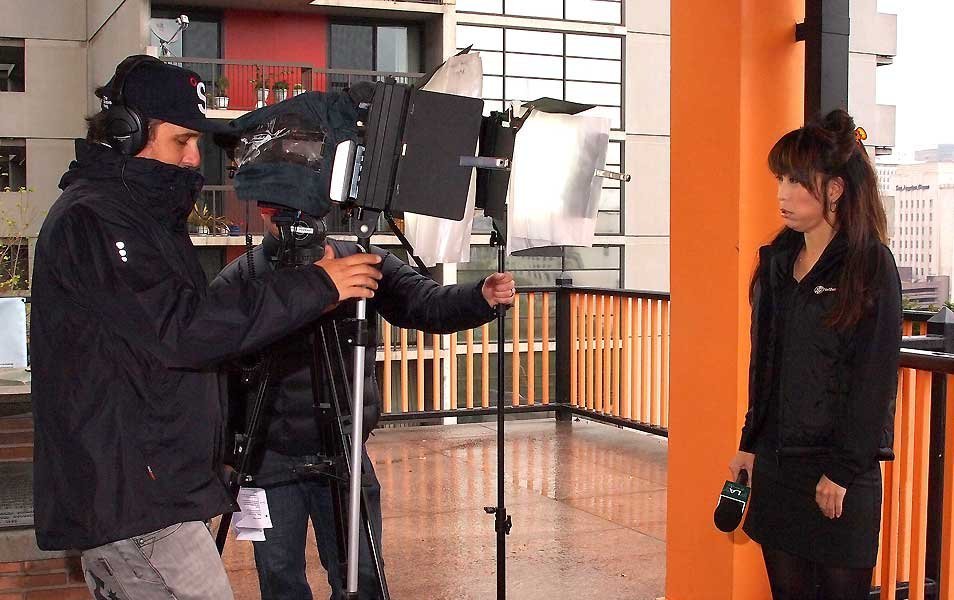 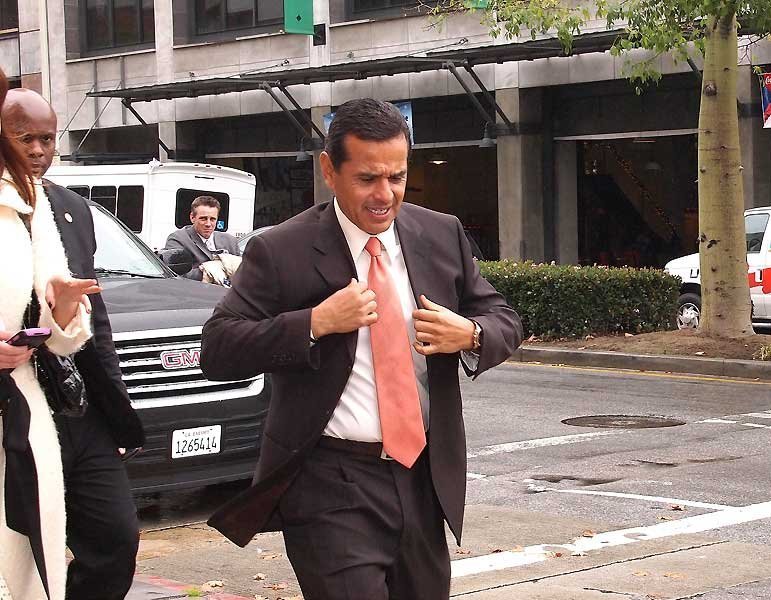 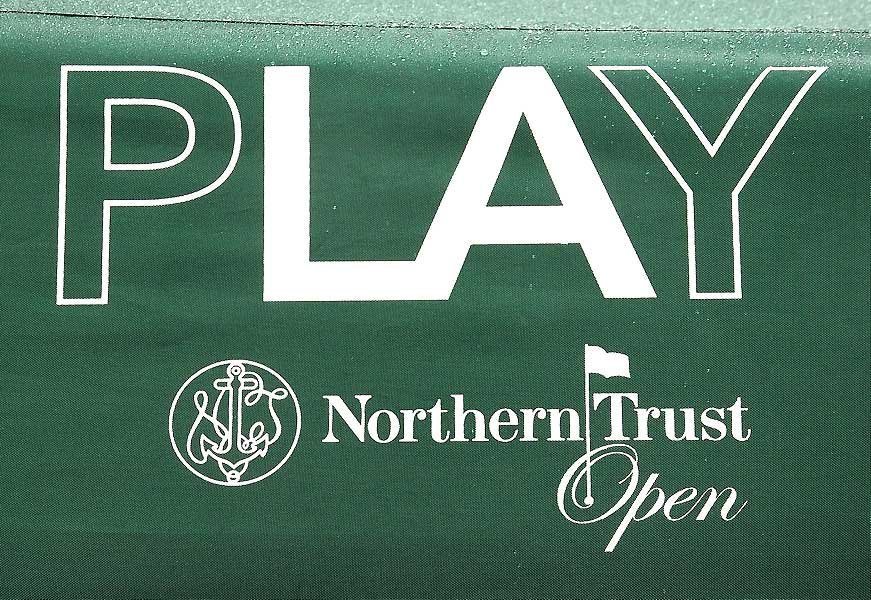 The Golf Tent
Discussions ensue among those publicizing the Tournament. 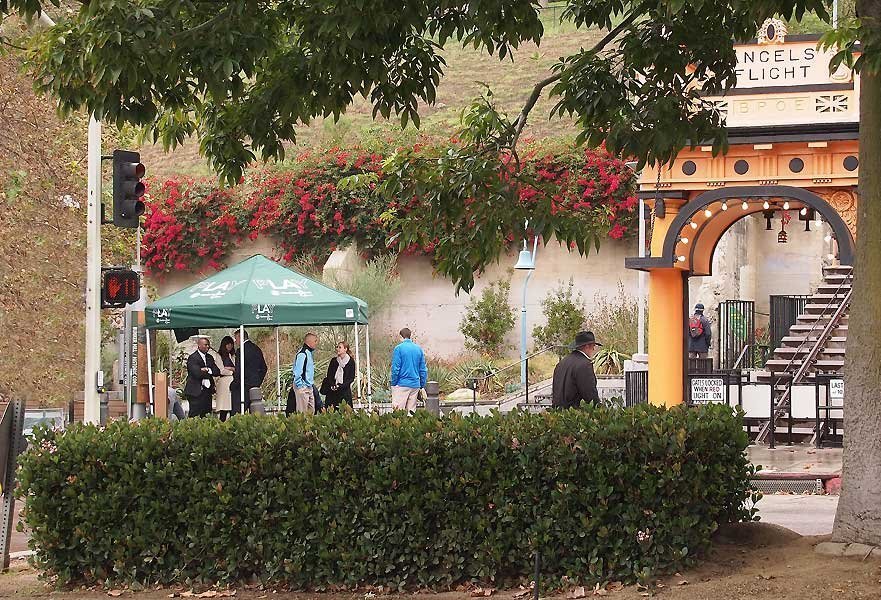 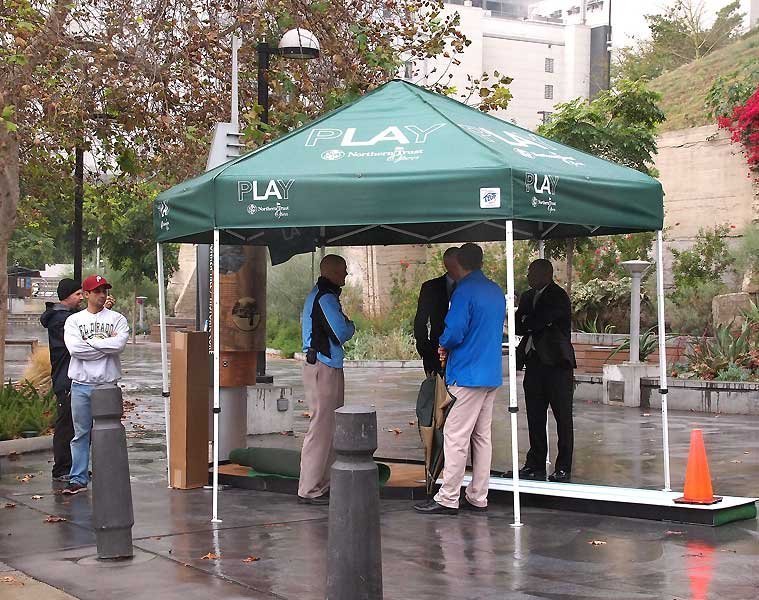 Jerry West, John Welborne
President Welborne, fresh from replacing light bulbs, engages sports legend Jerry West in conversation under the tent and out of the rain. 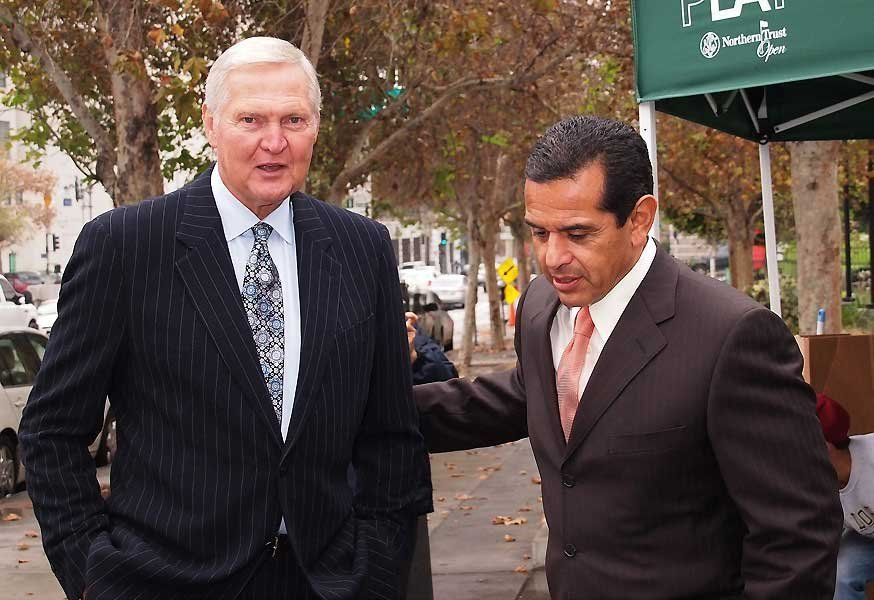 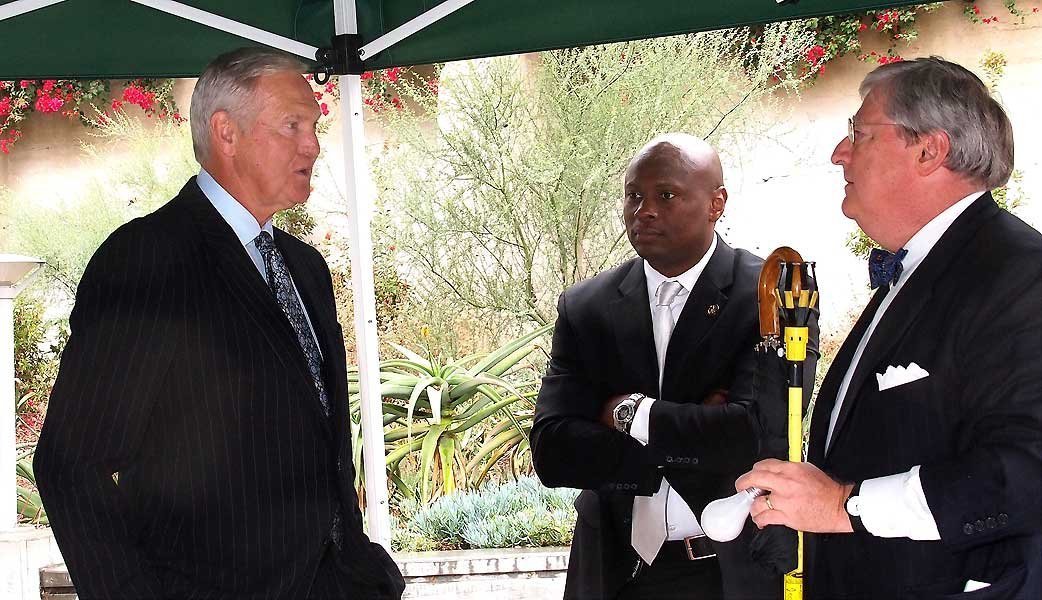 On Board Sinai!
It’s getting colder and rainier, so it’s on up to the Station House porch, where the TV crew awaits the Mayor’s interview. 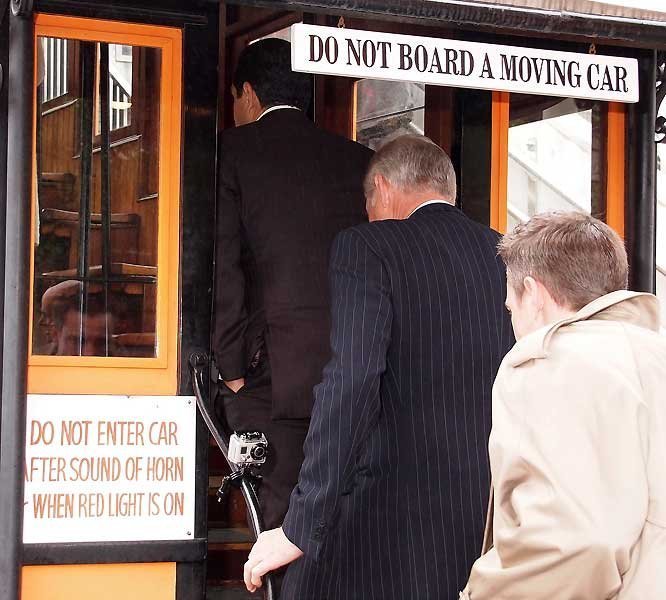 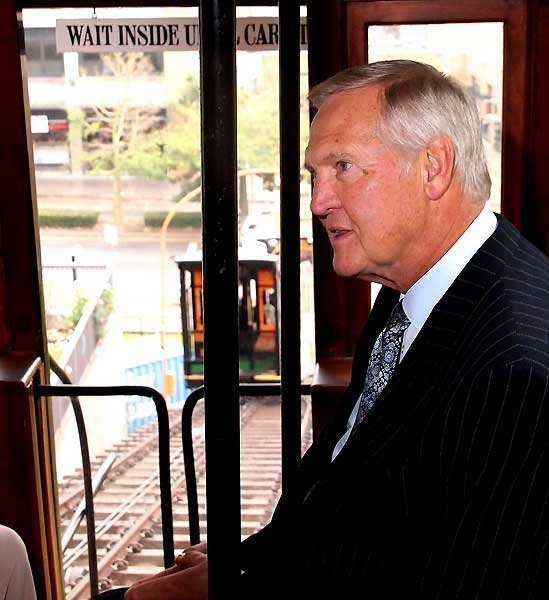 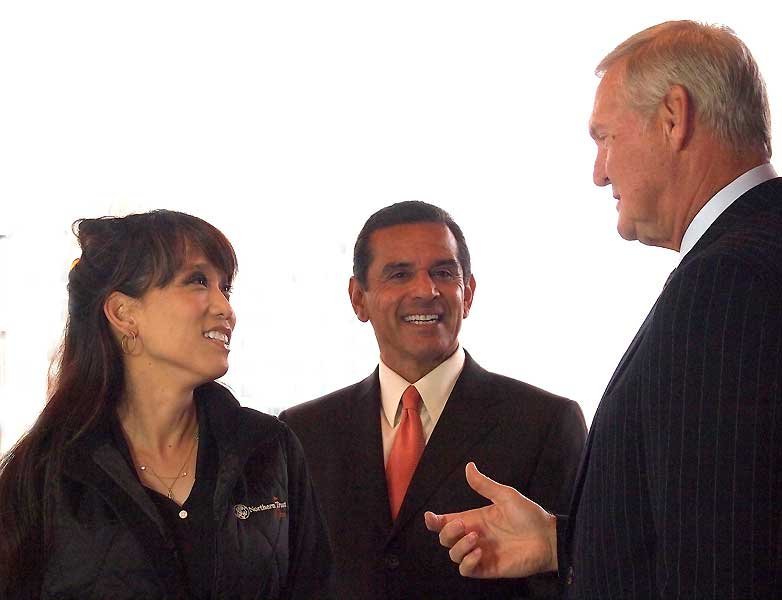 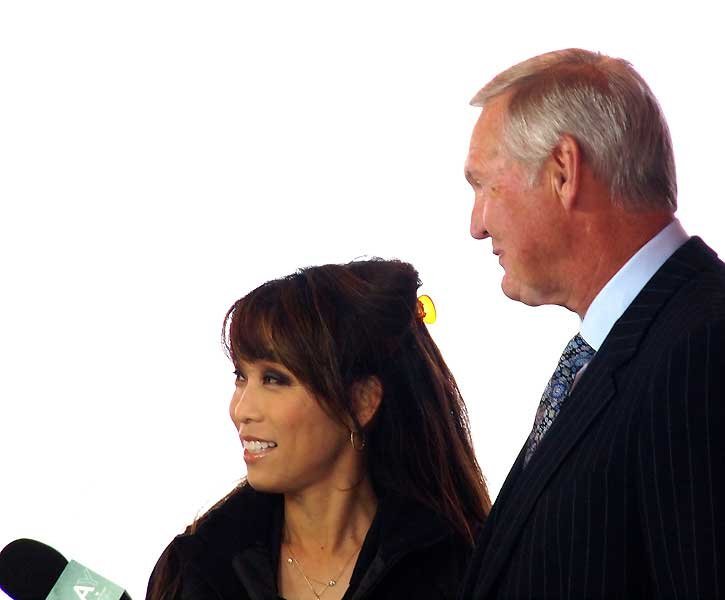 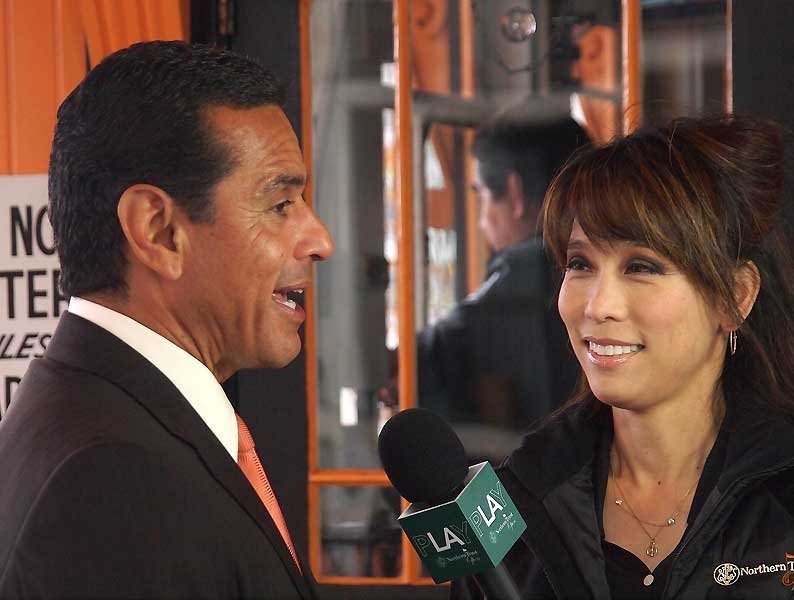 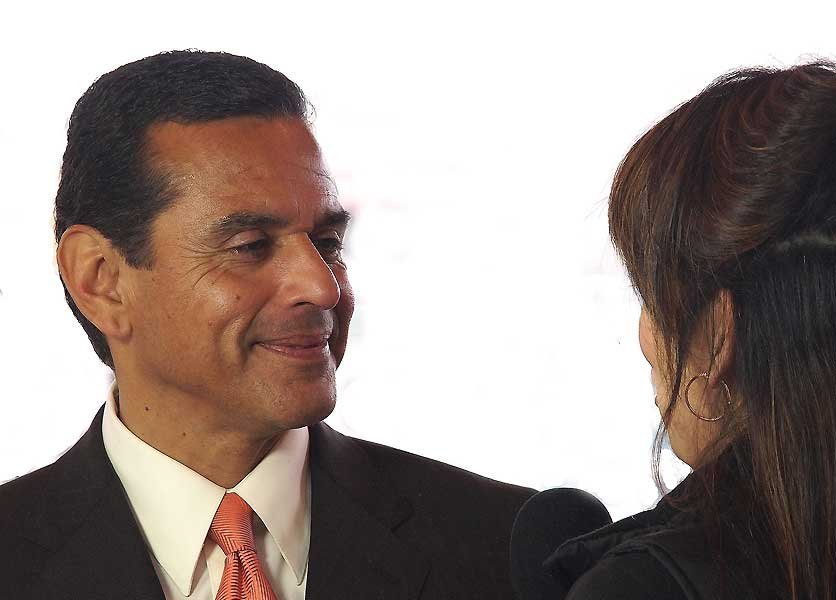 “Fore!”
The Mayor putts a ball into a specially built wooden track that diverts the ball right into Sinai. 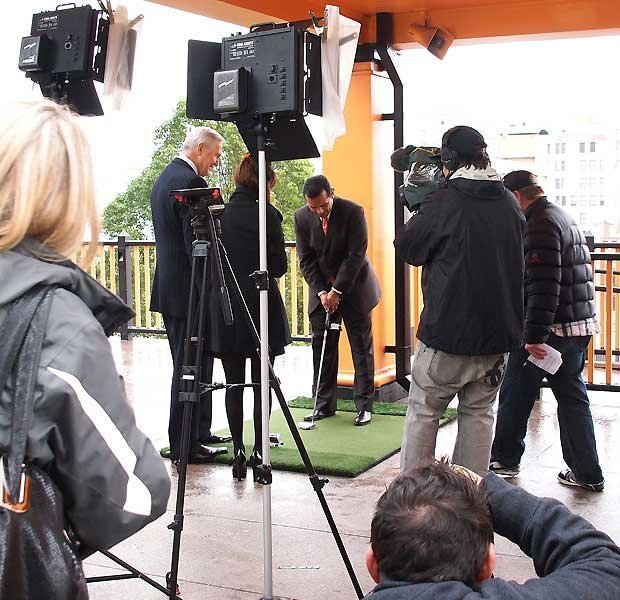 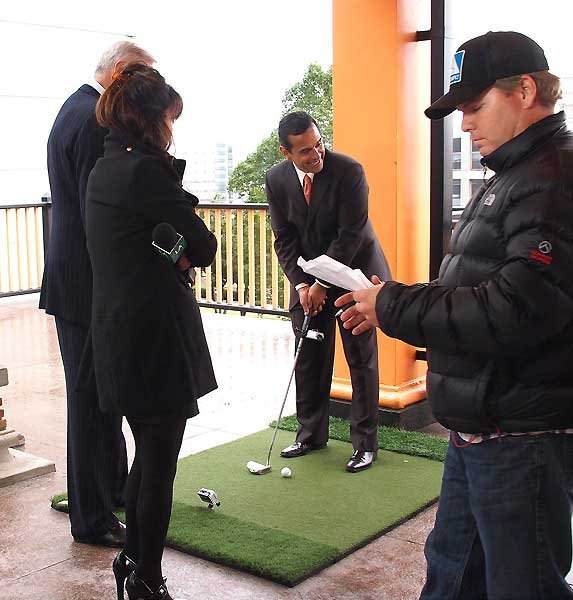 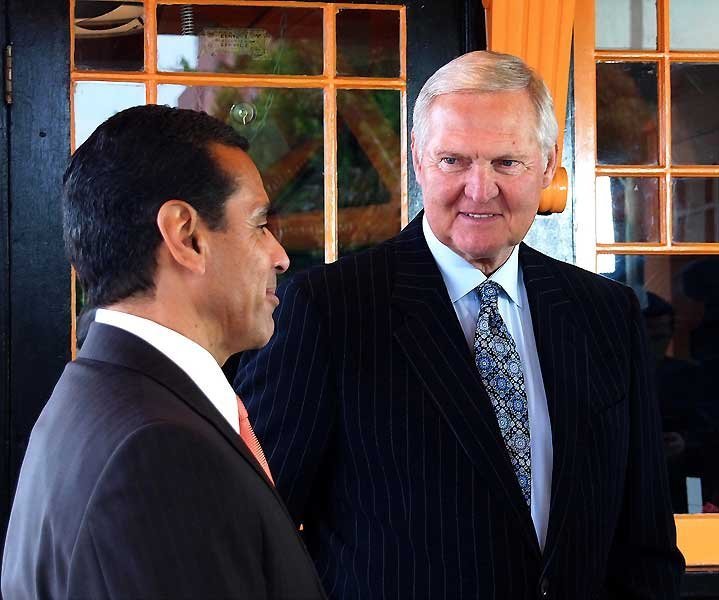 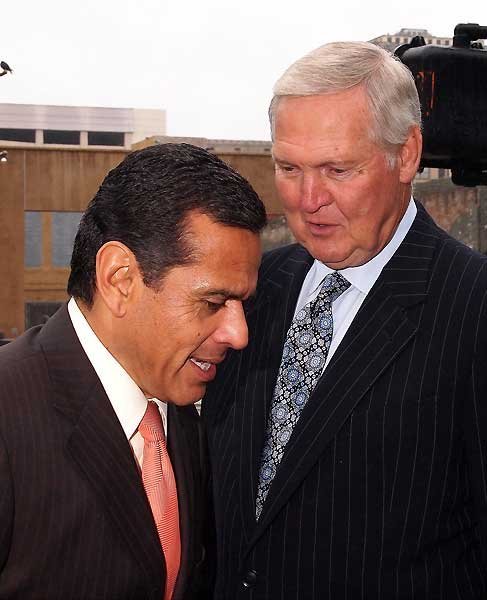 Down to the Bottom
After a bit more conversation, everyone gets into the car and goes to the bottom, where Mayor V. further putts the ball into the awaiting cup. 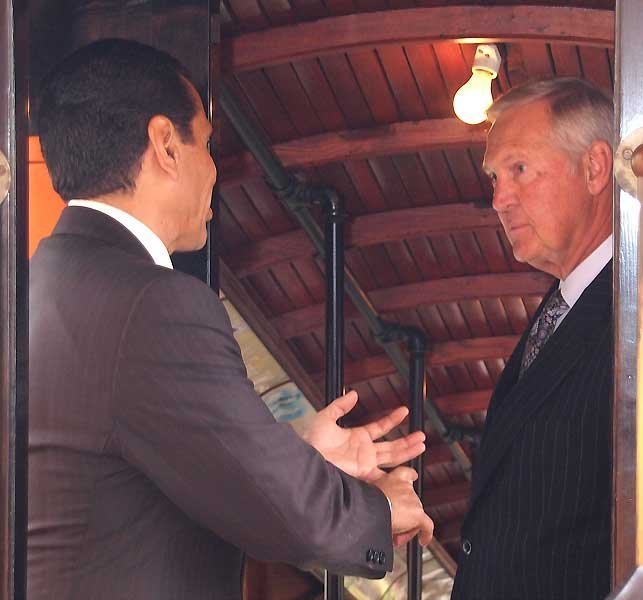