Saturday was full of surprises. Hundreds of mystery writers came to Angels Flight during their lunch break, a part of their itinerary.

Officially known as the Left Coast Crime 2010 conference, this year’s attendees met at the Omni Hotel, and the emphasis was on mystery writer Michael Connelly, prolific author of the Harry Bosch mysteries. A very recent title: “Angels Flight,” in which private eye Harry Bosch finds out who stashed a dead body aboard one of Angel Flight’s cars!

A large area just south of the Station House was set aside for a big spread of special brown bag French Dip Sandwich lunches from Phillipe’s (one of Harry’s favorite eateries in downtown L.A.), and there was a jazz quartet playing all of Harry’s favorite tunes.

During lunch, the writers were given complimentary rides aboard Angels Flight, along with enthusiastic members of the public who just happened to be there — again, the right place at the right time! Charles, one of three brand-new train operators had his trial by fire: The crowds were huge, and the cars took trip after trip loaded to capacity! 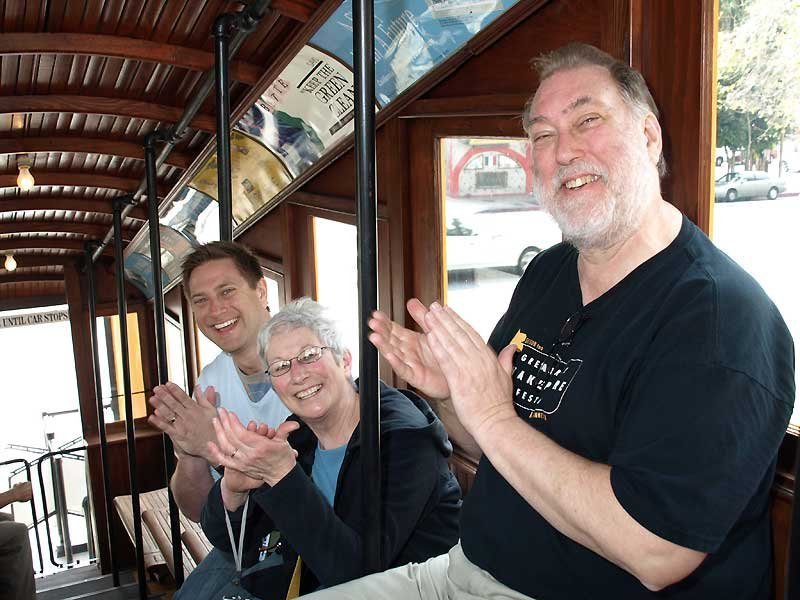 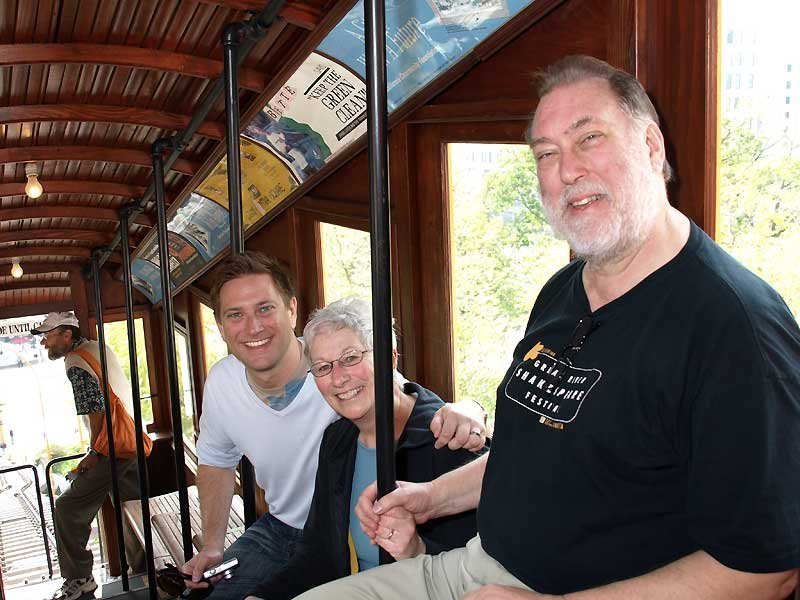 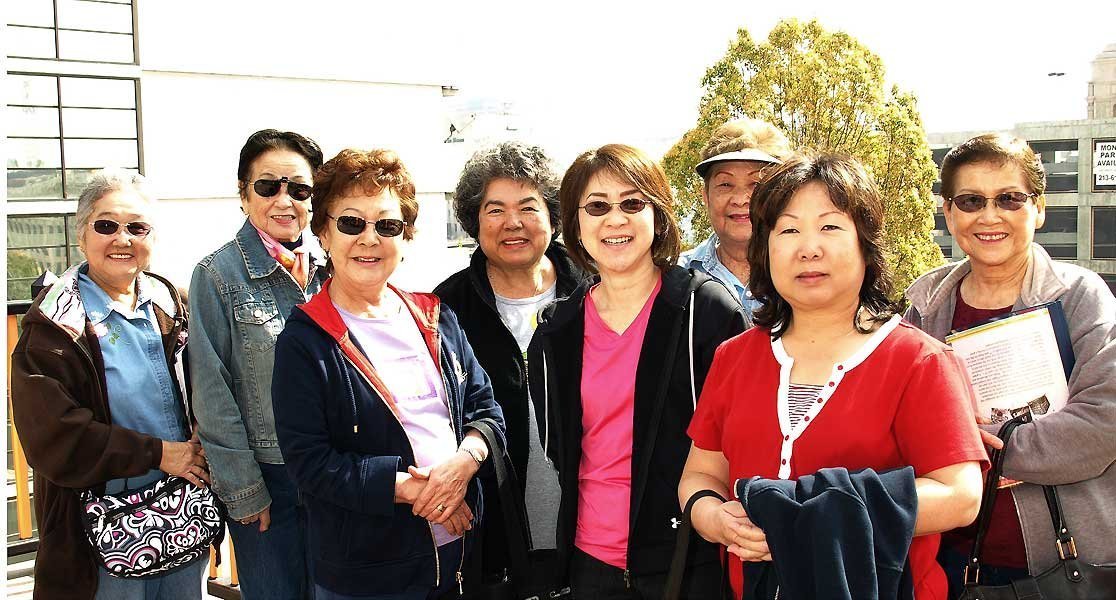 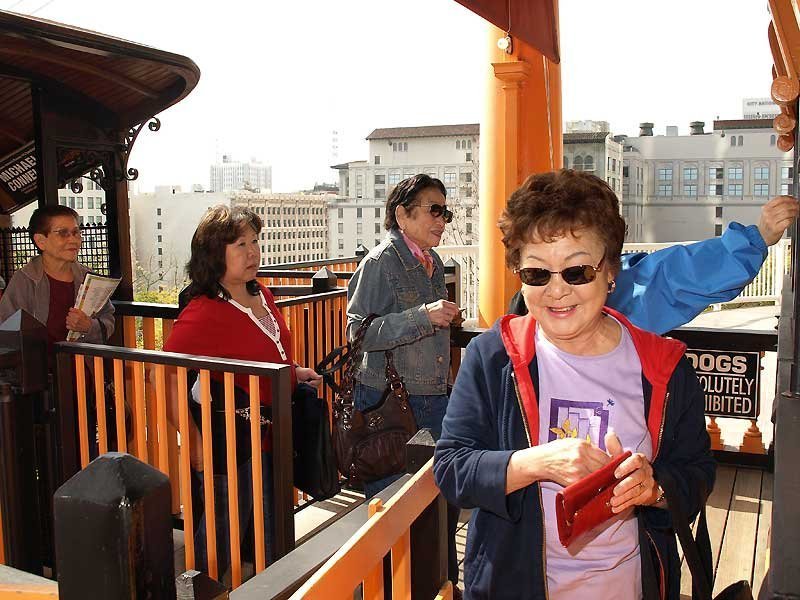 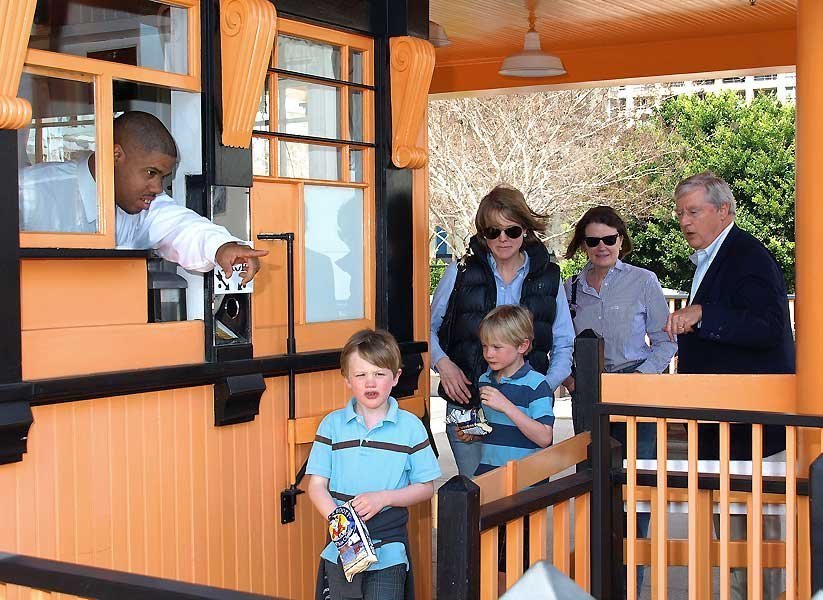 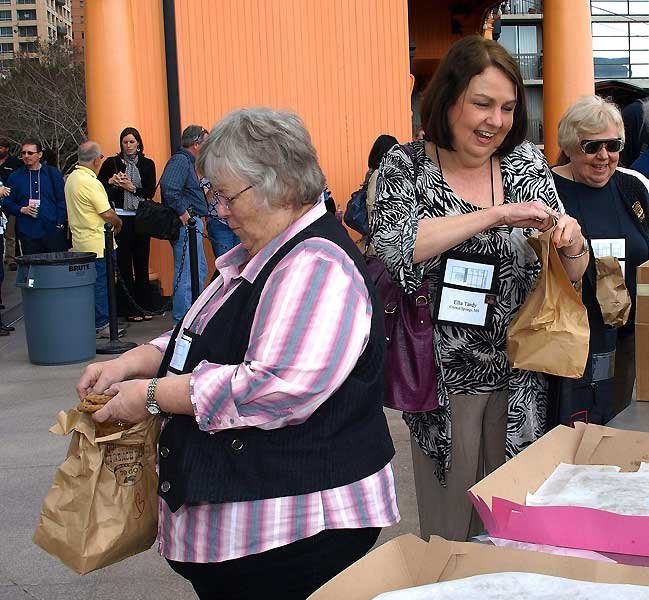 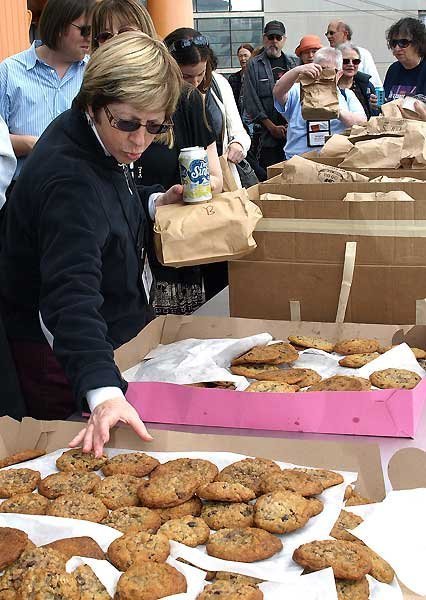 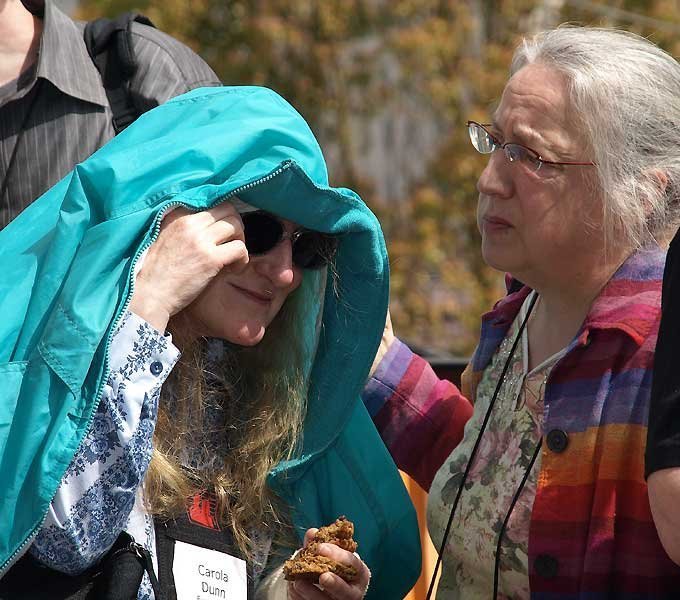 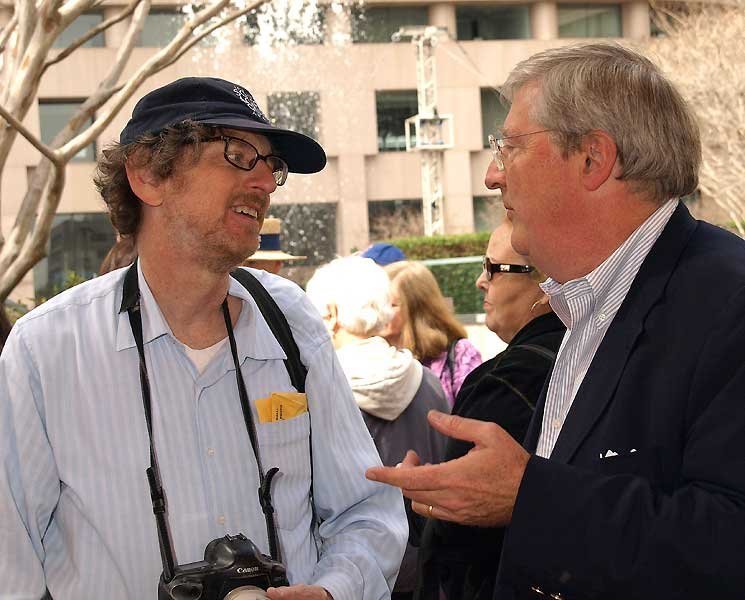 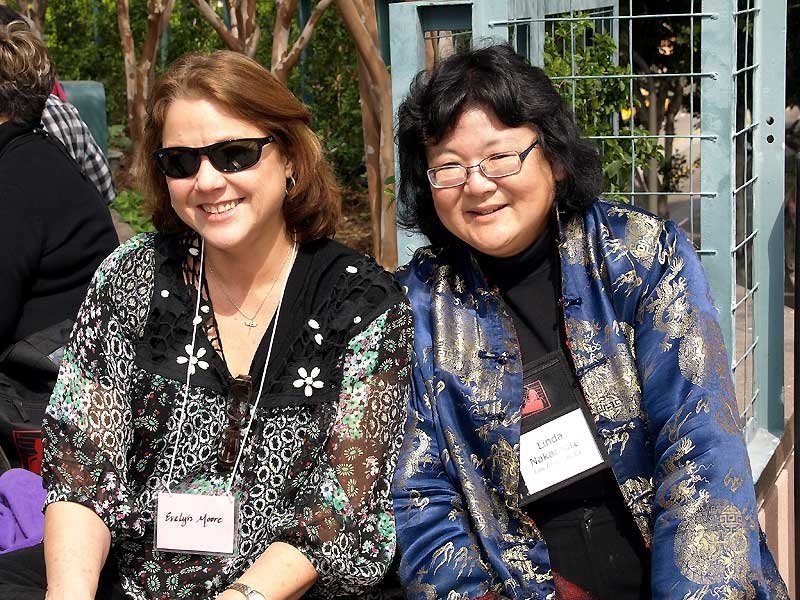 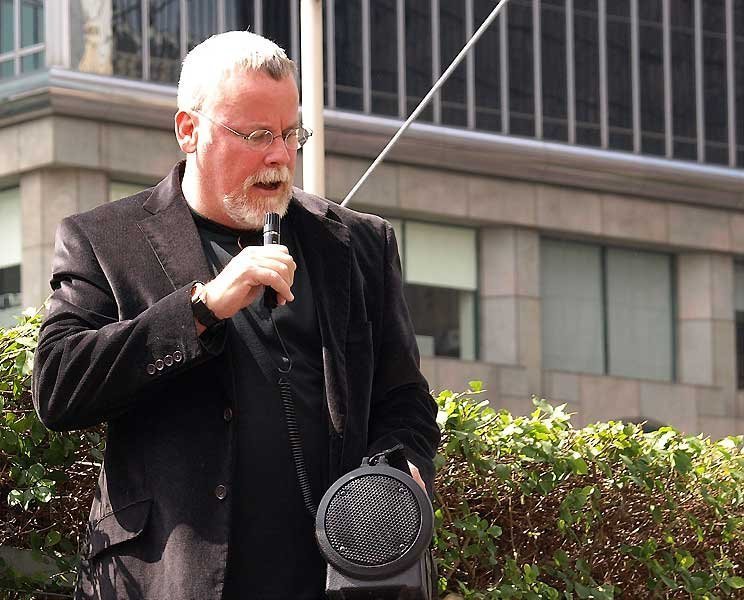 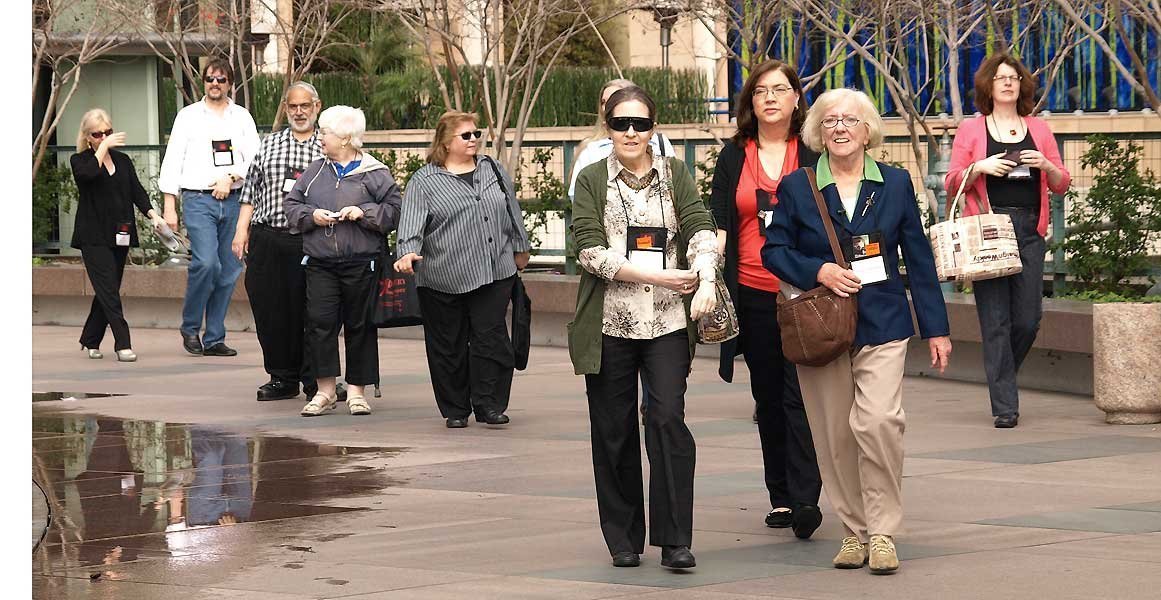 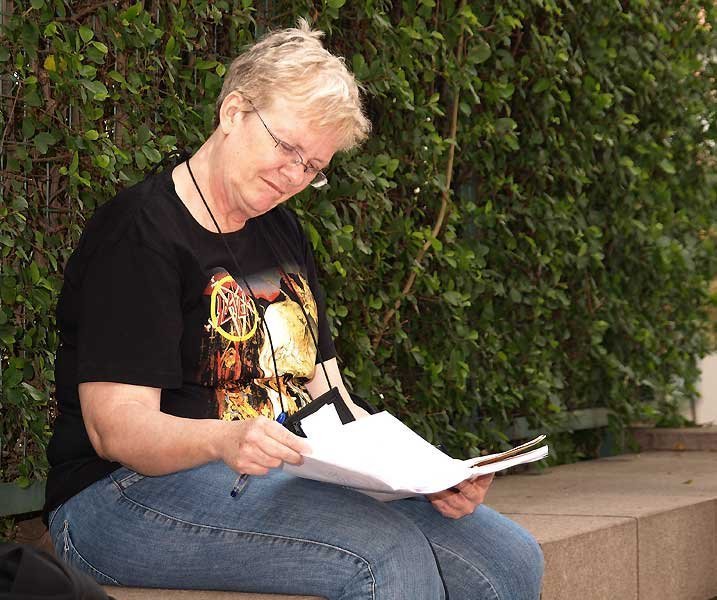 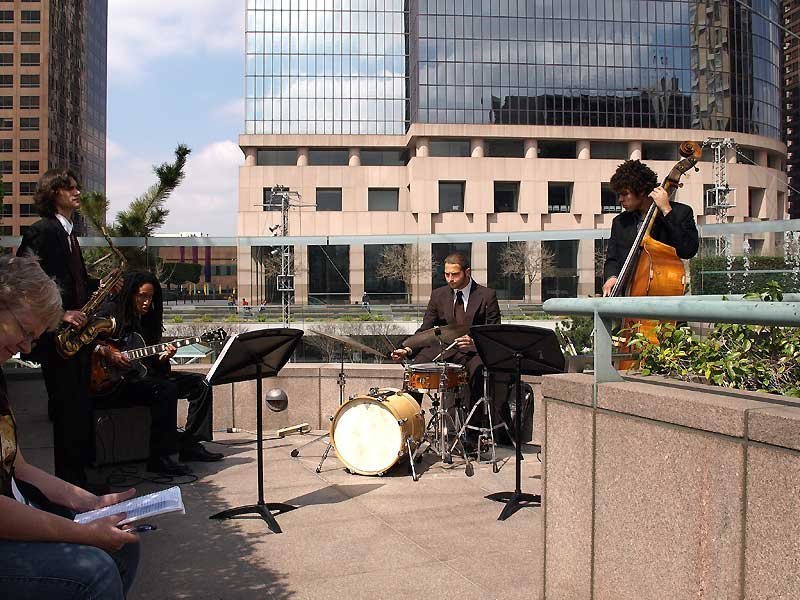 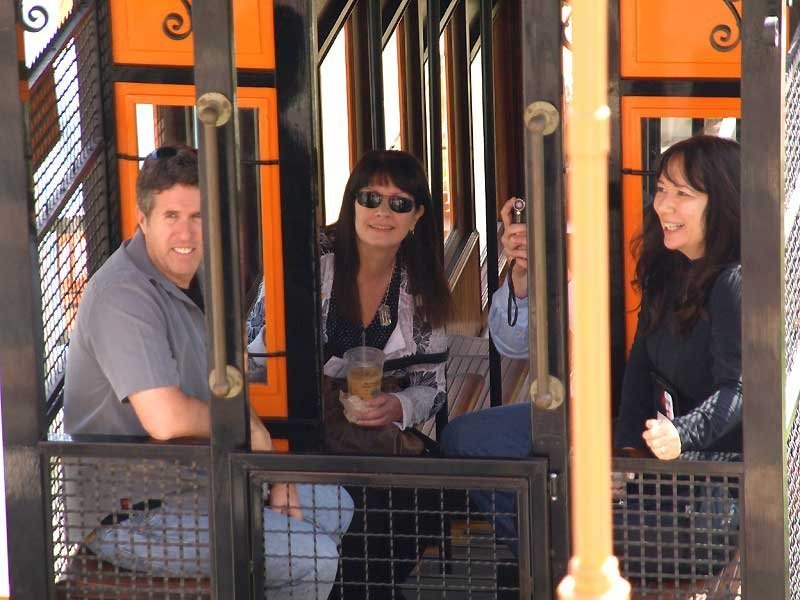 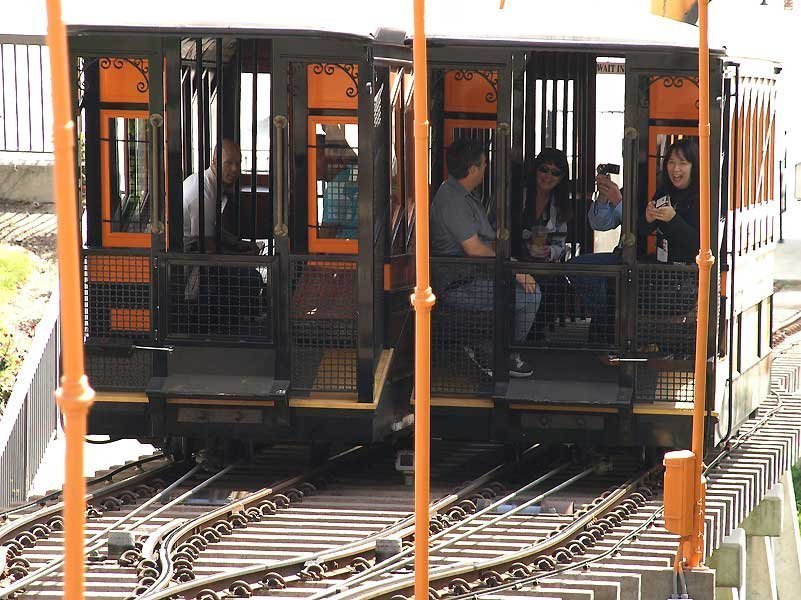 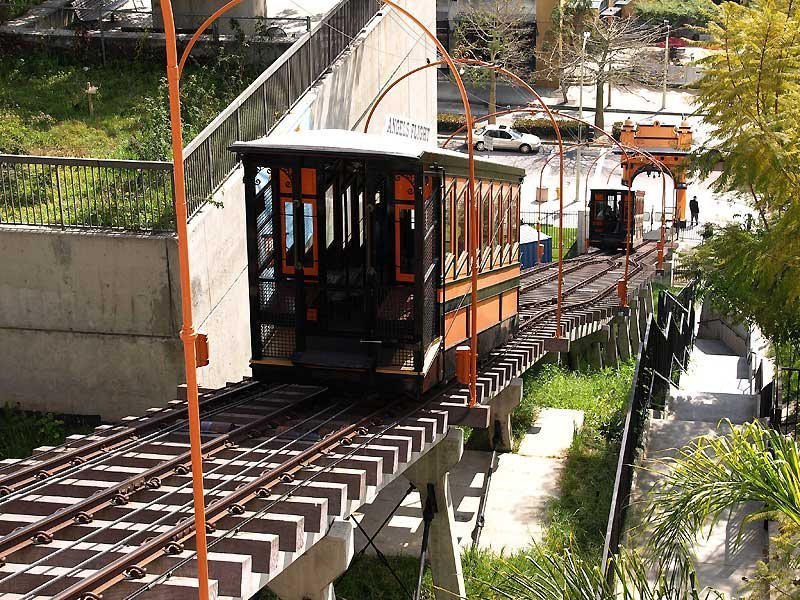 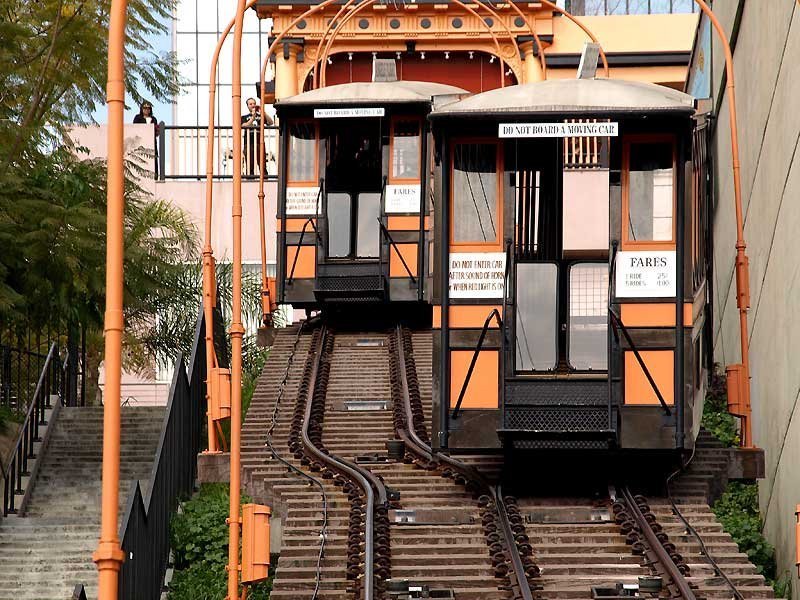 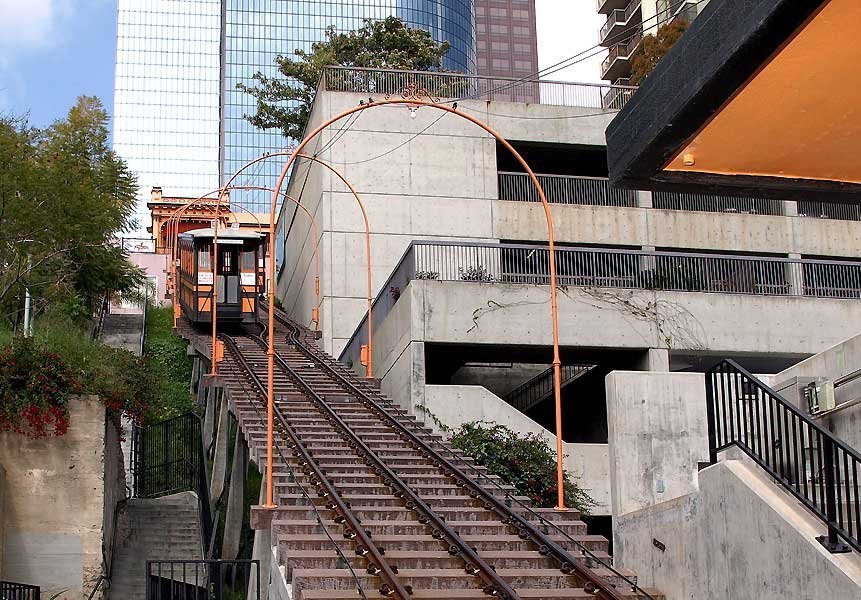 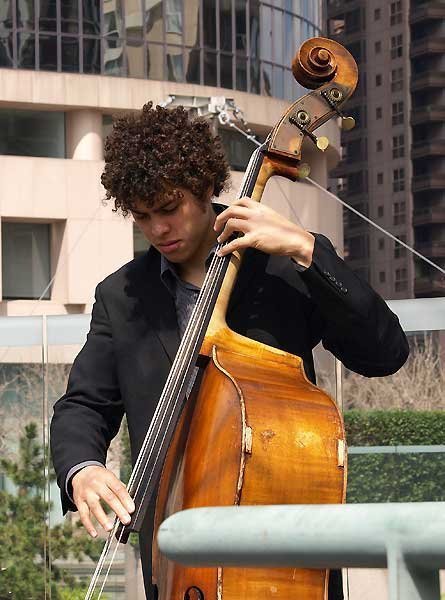 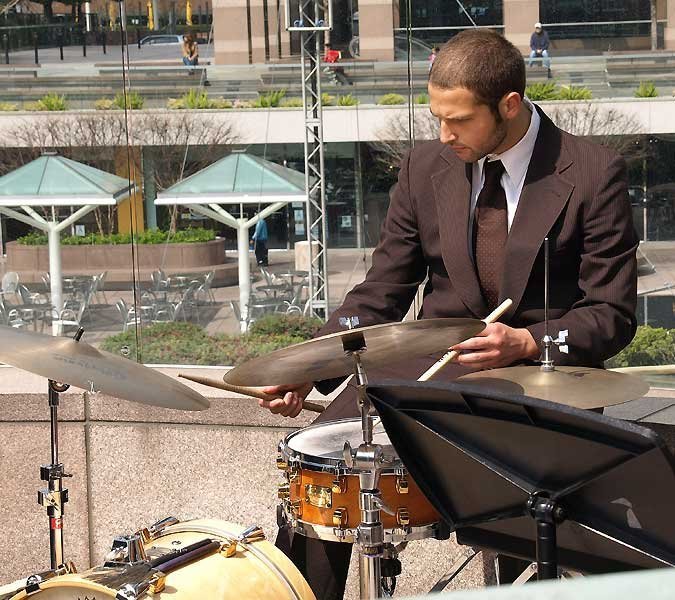 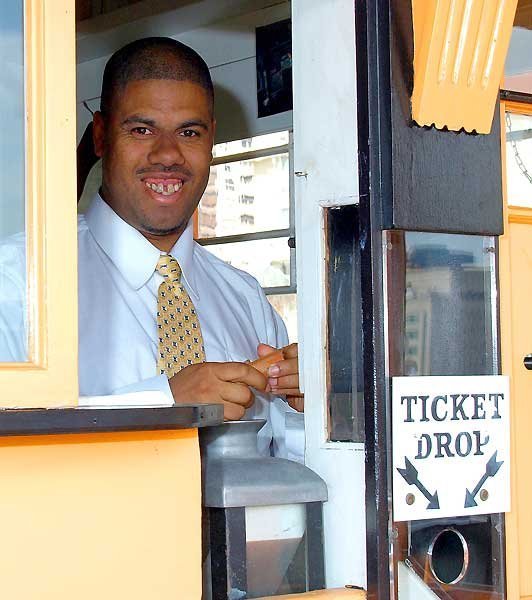