To commemorate the 111th Anniversary of entrepreneur and ex-Civil War colonel J.W. Eddy’s opening the Angels Flight Railway on December 31, 1901 (when he charged just one cent per ride), the last day of 2012 — December 31, 2012 — saw the price of a one way ride once again reduced to ONE PENNY.

Here are a few snapshots taken by Angels Flight fan Eric Reese (photo-editing by Angels Flight photographer Leonard Auslender). On December 31st, Eric also beat his previous record of taking fifty Angels Flight one-way trips in a single day. This time, he managed to fit in 100 trips. And for a bargain price of $1.00 total! 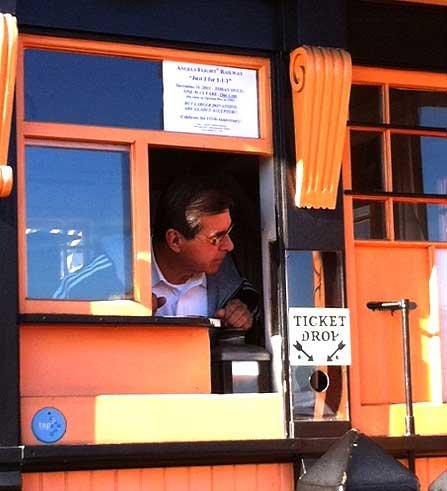 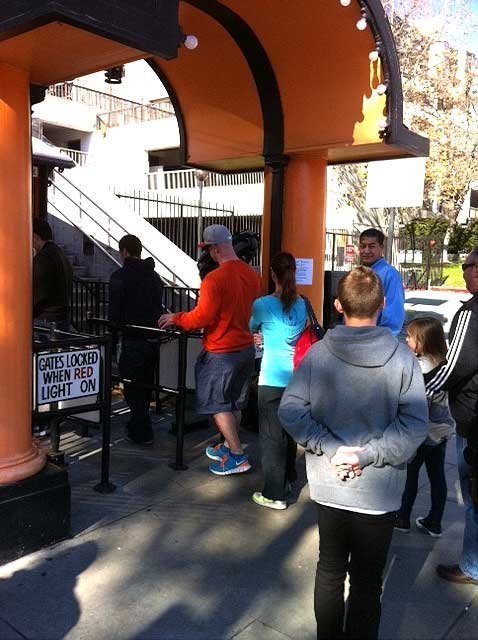 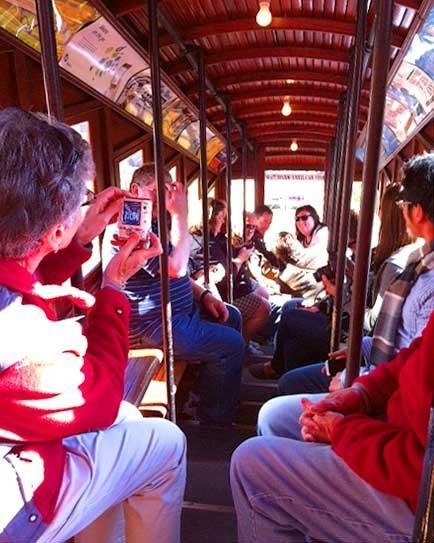 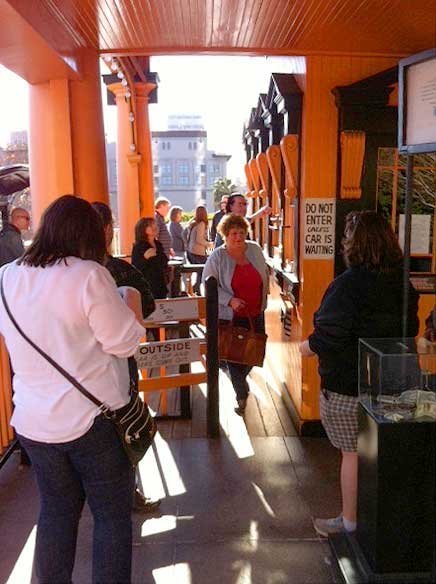 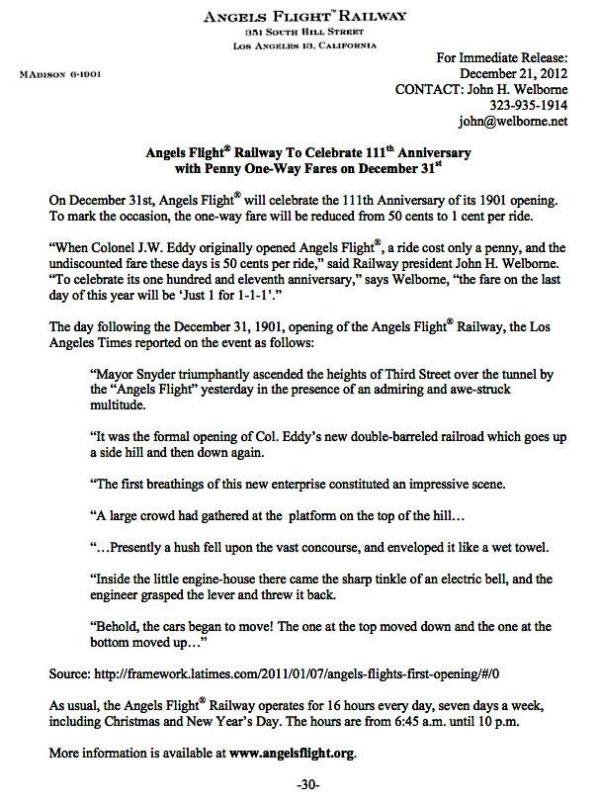