The Arch
The Arch bore special notices which are in the next few pictures.

December 31st, 2010 was an Historical Day! Angels Flight, “The Shortest Railway in the World” — completed 109 years of existence! On December 31st, 1901 Olivet and Sinai took their maiden voyages up and down Bunker Hill. To celebrate, passengers riding the cars on December 31st, 2010 rode at the original 1901 fare rate: one penny! Commemorative Tickets were also on sale, Jim Dawson was there, signing and selling the very last of his (now a collector’s item) book, Los Angeles’s Angels Flight, and our intrepid photographer, Leonard Auslender, was there to capture all the fun. Were you there? We hope so! We had lots of happy campers that day, as you will see!

(Except where noted, all photos © Leonard Auslender, all rights reserved) Happy Anniversary from the GCM! The Notice of the Sale of Commemorative Tickets Commemorative Tickets
These tickets — now Collector’s Items — were sold for a dollar each to commemorate the day.

Jim Dawson Sets Up
Jim is the author of the popular and historically important book, Los Angeles’s Angels Flight. He also has a fascinating website with hundreds of photos of Angels Flight over the years. You can visit it by clicking the link below the picture. Jim Signing One of the Books Happy Camper
Here’s one of our enthusiastic passengers, ready to go wild with his penny! The next several pictures show many other happy campers with their pennies! 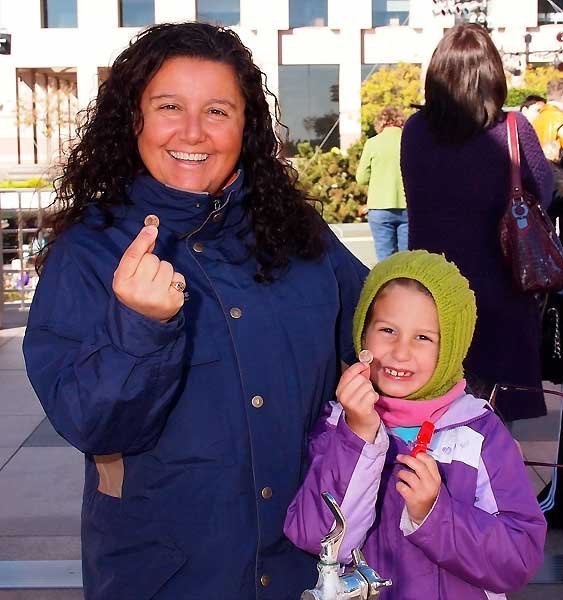 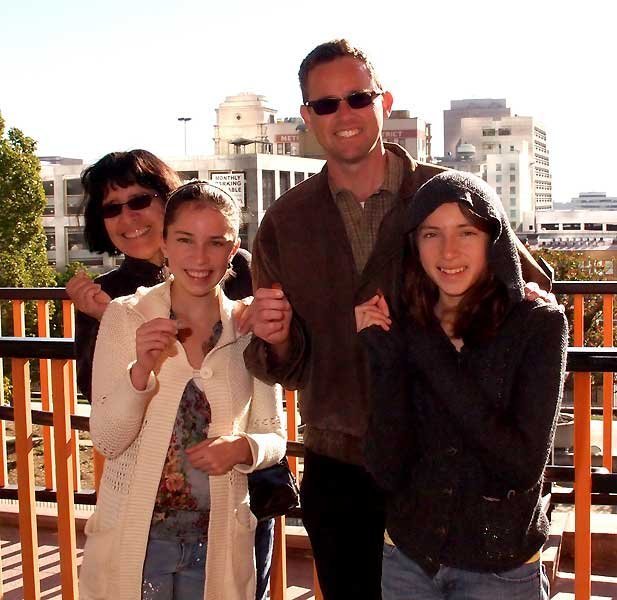 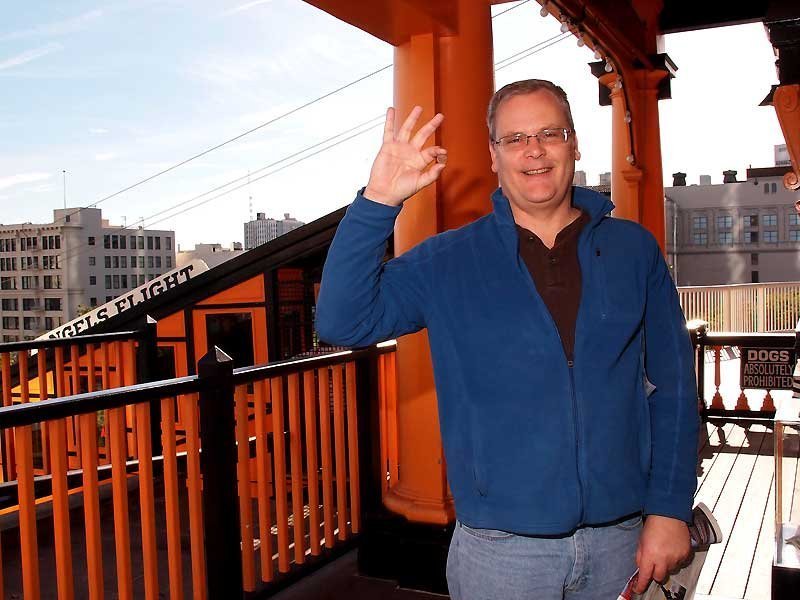 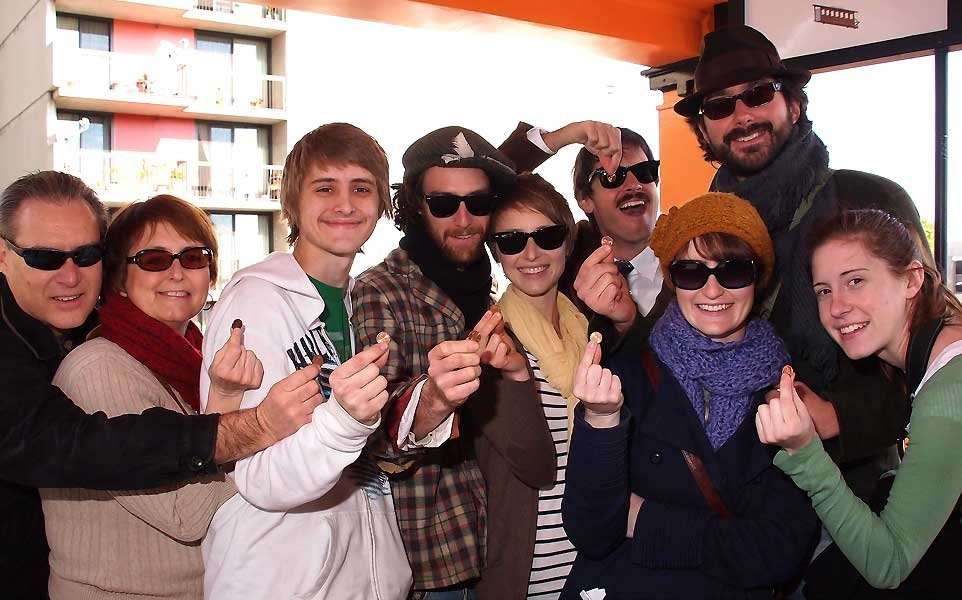 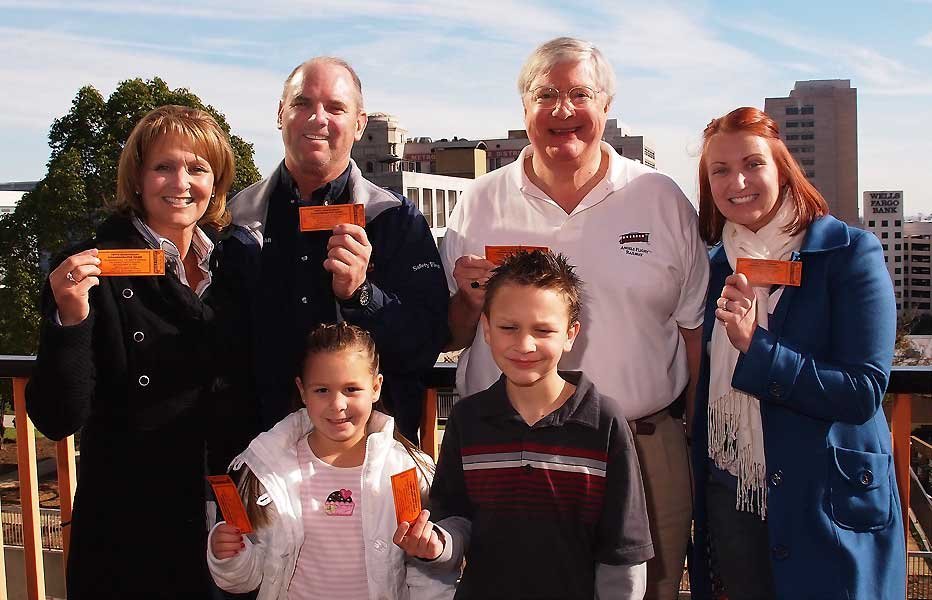 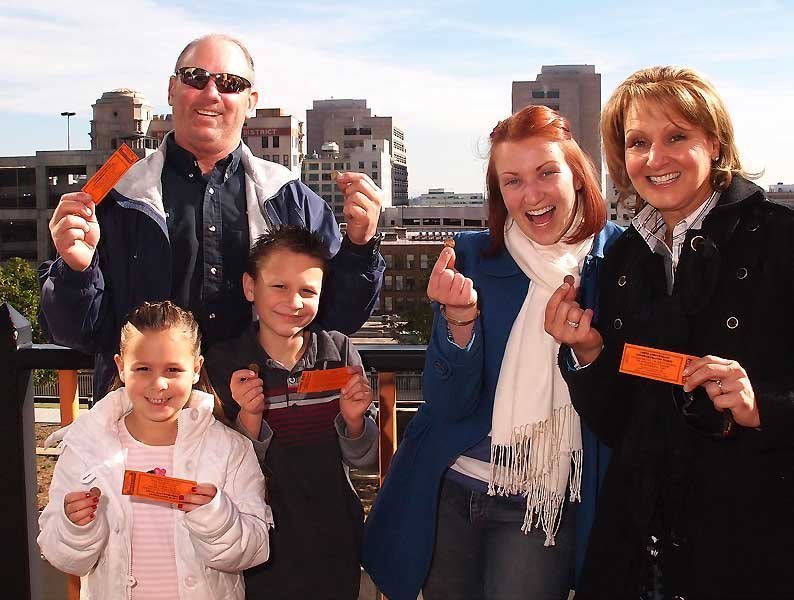 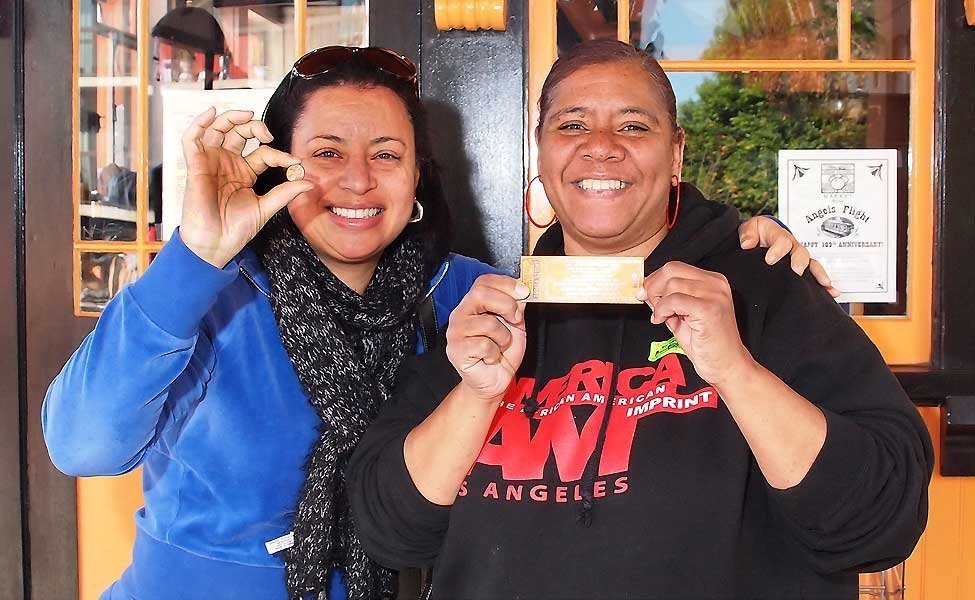 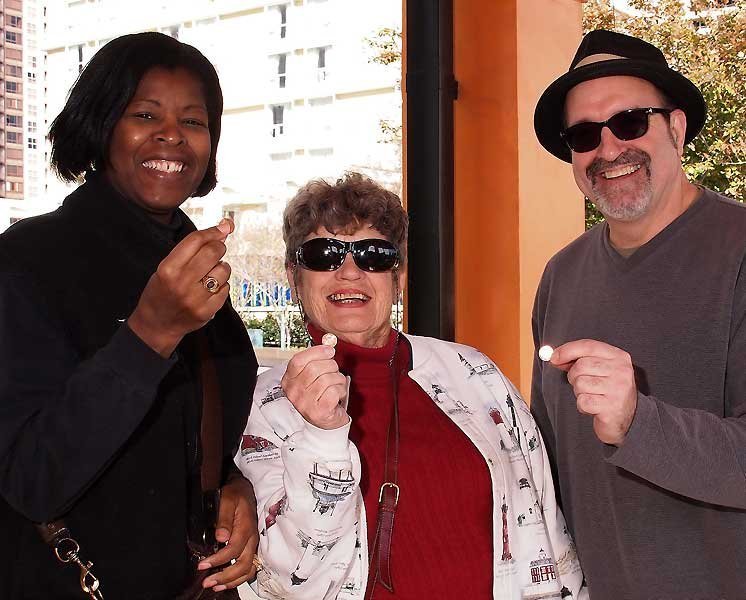 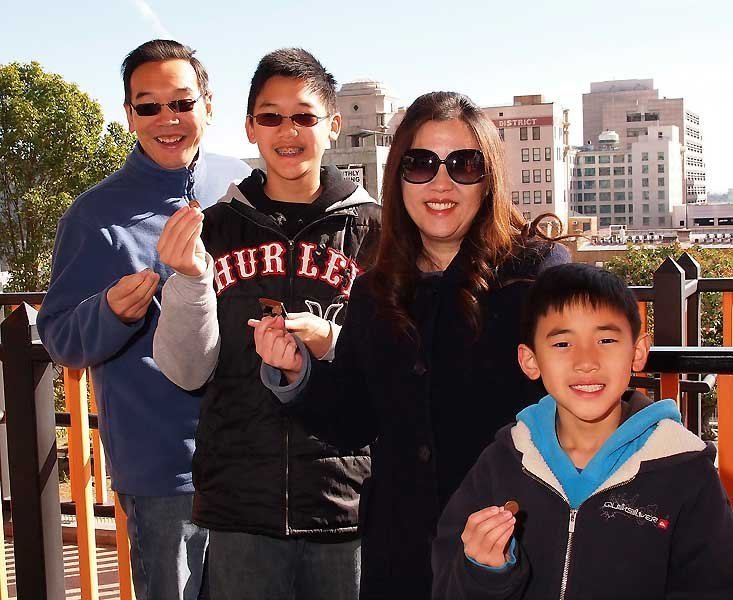 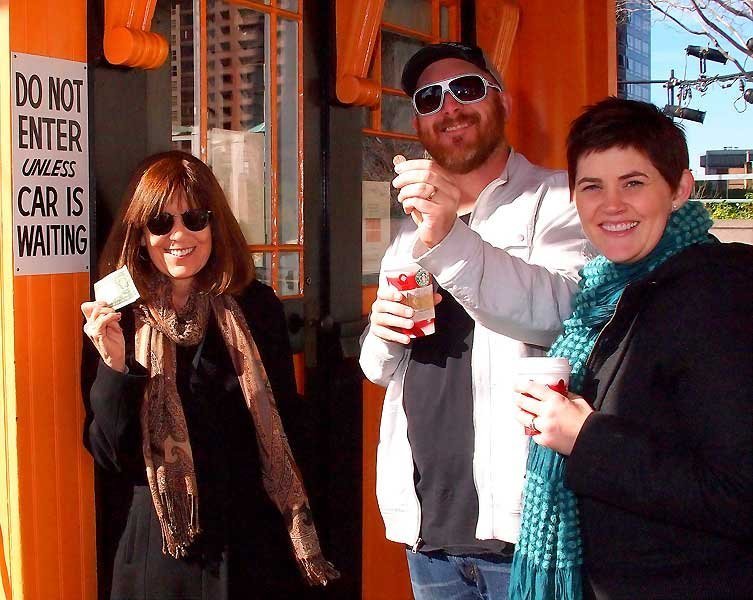 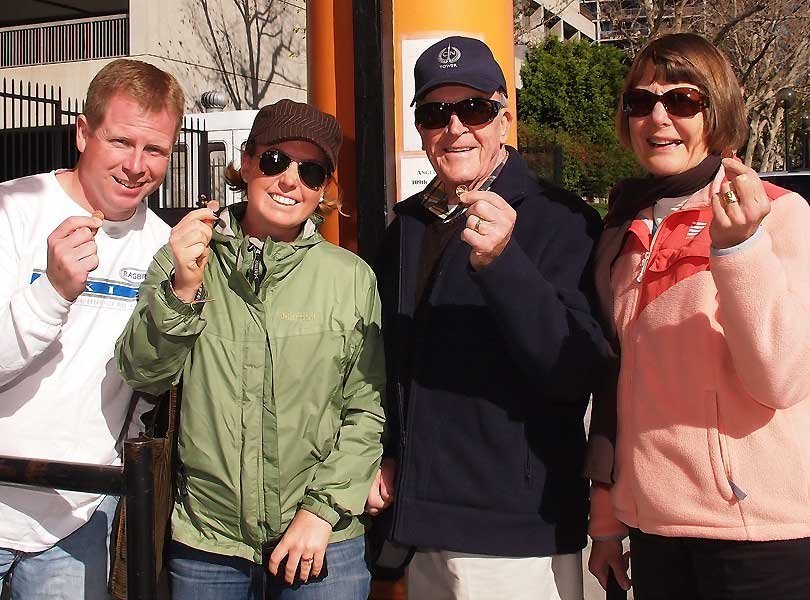 Bill Piña
One of the two Operators for the day. Without Bill, Olivet and Sinai wouldn’t move an inch! Chris Pobanz
Chris takes the 2 pm-10 pm shift. And without Chris, just like Bill –Olivet and Sinai would be dead on the tracks. The Three Amigos
Three of the most important men at Angels Flight: Operator Chris Pobanz, President John Welborne, and Operator Bill Piña. Thanks for a wonderful day, guys!